Looks like Martin Biron and the Rangers might have the Jets number this season as the team lose 3-0 in the Big Apple. 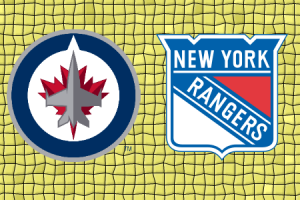 A good 1st period considering both teams are playing their second game in as many nights.  Kane/Burmistrov/Wellwood were on the ice for over 7 minutes and were buzzing the entire period.  Best chance of the 1st was Slater, Ladd and Wellwood who just couldn’t jam the puck past Biron.  The highlight of the period might have been the exchange between Dustin Byfuglien and Rangers coach Tortorella as Big Buff was skating off the ice after a little scrum.

When the Jets had chances they weren’t able to convert in the 2nd and 3rd periods.  After the Rangers took 2 penalties in the 1st, the Jets were given the next 5 penalties.  The Rangers converted once on the power play to go up 1-0 midway in the 2nd.

The second Rangers goal in the 3rd period was a beauty set up by Stepan to Gaborik largely a result of a questionable Byfuglien pinch which resulted in the 2 on 1. Following the game Coach Claude Noel said “the second goal was the real momentum shifter, that really hurt us”.  The third goal was another Gaborik goal, into an empty net.

Biron might be a Jets killer getting his 2nd win of the season against the Jets.  Paul Postma (1:51) and Ben Maxwell (2:21) barely saw any ice during the game.  Bogosian was a horse playing 29:47 in front of his home state crowd.

The IC Crew ends their time in the Empire State having seen the Jets play the Islanders, Devils and now the Rangers.  I’m sure we will all be hearing about it during next week’s Illegal Curve Radio show.

Here are some additional recaps: