The Jets end the longest road trip of the season tonight in Buffalo. The Jets have 3 wins, 2 losses and 1 OT loss and a win tonight would make this a very successful trip. The Sabres are having something of a goalie controversy as backup Jhonas Enroth has played very well in relief of Ryan Miller. Miller gets the start tonight. 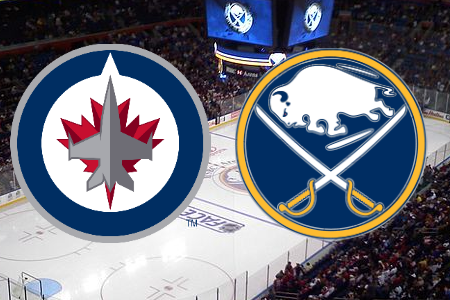 Game Previews:  Quite the night in Buffalo.  The Sabres are honouring Dale Hawerchuk by inducting him into the Buffalo Sabres Hall of Fame on Tuesday.  It can’t be a coincidence that it will come against the reborn Winnipeg Jets.  They will also be honouring Hall of Fame broadcaster Rick Jeanneret.

The longest road trip of the season finally concludes for the Jets tonight.  They have 3 wins, 2 losses in regulation and 1 loss in OT during this stretch.  Ondrej Pavelec has been the most impressive Jets player by far throughout.  With the exception of the Flyers game, his play has been stellar and he has owned the title of #1 goalie.

The Sabres are experiencing some goalie controversy right now.  Ryan Miller hasn’t regained his superstar form and his backup, Jhonas Enroth has played very well of late.  So well, in fact, that coach Ruff called them his 1A and 1B goalies.  As we discussed with Sabres beat writer Mike Harrington during the last Illegal Curve Radio show, the Sabres still need to get some more balance in their scoring.  Luckily for Buffalo, Stafford and Roy have started to turn the corner this week.

Should be a great game.  You can join the Illegal Curve crew at The Cheer tonight for great prizes and food.

No changes to the Sabres lineup. Marc-Andre Gragnani remains in at defense and Mike Weber remains a scratch according to Mike Harrington of the Buffalo News.

Notes….The last time a team from Winnipeg played an NHL game in Buffalo was November 5th, 1995 a game that saw the Jets beat the Sabres 4-3.  In that game, current Jets assistant coach Charlie Huddy was a -1.