Interview with Randy Hahn on the San Jose Sharks

To listen to the interview, download part 3 of the podcast. To have the podcast sent to your iPod each and every week, subscribe to the Illegal Curve Hockey Show on iTunes, non iTunes users can subscribe via RSS.

This Saturday’s Illegal Curve Hockey Show will air at a special time from 8am-11am on TSN 1290. The podcast will be available on IllegalCurve.com & on iTunes by Monday morning. 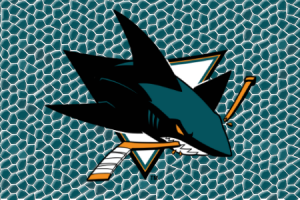 Is this the year for the Sharks?

“Certainly hope so. It’s a different year as every season is different. This one for the Sharks is a work in progress, they haven’t been outstanding, they haven’t been bad, they’ve just kind of been. Over the last couple of weeks they are much more positively trending in an upward direction. They’ve taken over first place in the division by a point over LA, they’re in the three spot in the Western Conference right now.  The other thing, depending on how you look at it, they have to their advantage, they’ve played fewer games than everyone else in the Western Conference, they’ve only played 37 games and for example LA and Phoenix have played four more at 41. They have some games in hand, but you have to win those to make them count.

They’re in a pretty good place right now, they’ve won three in a row and seven of nine. They are trying to work on special teams which has been the biggest obvious problem this year, they are 17th on the power play and 28th on penalty kill, second worst in the league. There’s a lot of improvement to be made in those areas in the second half of the season. If they can get those improved and get the problems fixed there then they should be in pretty good heading into the playoffs, and then once the tournament starts…who knows.

They still have the core that got them to the Western Conference final last year, they have the goalie who won the Stanley Cup a couple of years ago with the Chicago Blackhwaks. They have what should be a better blue line with Brent Burns on it now. They have some pieces in place, but as I say, they’ve been average until recently, now they seem to be on the uptick.”

On Brent Burns growth into his role with San Jose

“I think that if you’re going to paint a perfect picture the growth into the role would have been a little more accelerated than it has been for Brent Burns. 6 goals, 10 points, you always think of the offensive side when you bring a defenseman with a big shot into a structure such as the Sharks have with some great offensive players. What you need to take a closer look at is his place defensively. That is the most important transition that the coaching felt he had to make in the first half of this season.

I’m not saying he brought bad habits with him from Minnesota, but he played within a different structure and a different system and had to assimilate here into what Todd McLellan and his staff wanted. I think that’s been the focus on the first half of the year. He is a +10, he is a plus player, we know what a big body he is, and what a great shot he has. I think that as he continues to increase his comfort level within the system and the structure the Sharks coaches bring into play, I think you’ll see a better second half from Brent Burns.”

“Michal Handzus has come in to a situation where the Sharks were looking to have better third and fourth line play, particularly in his case third line play. They felt that they were outplayed especially by Vancouver in the Conference Final by the 3rd and 4th lines. Handzus on the scene is one of the pieces that needed to change the third line. I think he has done that, he’s very good defensively, he’s a penalty killer, he’s very good in face-offs. Handzus numbers aren’t there as far as generating a lot of points. He’s a veteran presence, a guy who’s going to work with the players alongside him to make them better. Players like Jamie McGinn who’s having a breakthrough year for the Sharks, you talk to McGinn he credits a lot of his confidence and development this year from playing with someone like Handzus.”

“Colin White it’s a smaller body of work because of the injury situation he’s been through, he’s on IR and hasn’t consistently been in the lineup that much. What Colin White will bring to the Sharks still needs to be determined once he gets back off IR. He did have a stretch before he got hurt where he settled into a good defensive defensemen role, and of course he brings that experience coming from New Jersey with Stanley Cups.”

“I don’t think there is a ceiling for Logan, he can be a star in this league, he might have the potential to be a superstar in this league. If you look at the Sharks organization and the young players at the forward position there’s no one else that even comes close to the top prospect in this organization. He’s already a permanent fixture on the second line at centre, mostly playing with Ryane Clowe on his left wing. He’s a tremendous talent, you always look for that player who makes those around him better and Logan Couture absolutely does that. Does he still need work? Of course, he’s a young player. I don’t think there is a ceiling for Logan, I think he has a chance to be huge in the NHL.”

On the acquisition of Brad Winchester

“Winchester has been a great pickup. He was a pro tryout at training camp and signed to a free agent contract by Doug Wilson. Brad Winchester’s been terrific, in 37 games, he has four goals, seven points, gives you that big physical presence. He’s got a great shot, scored a goal the other night off the post in Anaheim, which was an amazing shot, a great goal. He’s a terrific locker room guy as well, very popular in the dressing room with the guys.”

On areas to upgrade at the deadline

“(GM Doug) Wilson tends to make a deal every year before the deadline. The Sharks will go through some organizational meetings next week, if you look through their history they’ve tended to make those moves after their meetings. I think you’d be looking to bolster their 3rd and 4th lines, maybe with a guy that could move up and play a second line role. Right now Benn Ferreiro who’s up from Worcester has been productive, he’s got four goals in only ten games this year. Playing earlier last week with Thornton’s line when Marleau was on the second line, and now Ferrerio’s playing on the second line with Clowe and Couture. He’s been good, but I think Wilson would certainly look to find a way to beef up the third line with a swing kind of player who could step up and play on a top line if needed.”

This Saturday’s edition of the Illegal Curve Hockey Show will air from 8-11am on TSN 1290. The podcast will be available on IllegalCurve.com & on iTunes by Monday morning.