Winnipeg knocked down two dominant wins before falling in their final road game of the year.

Winnipeg ended a three-game home stand by blowing the Moose Jaw Warriors back to Saskatchewan on Tuesday, March 29. Mikey Milne scored a hat trick, Owen Pederson notched two goals, and Conor Geekie, Zach Benson, and Jack Finley also got in on the fun in the 8-1 win. The ICE chased Carl Tetachuk just 5:57 into the game while Daniel Hauser made 22 saves for another win.

On Friday, April 1, Winnipeg shut down superstar Connor Bedard and got a 7-0 victory on the road. Seven different ICE players scored, including Jonas Woo grabbing his first WHL goals, while Hauser only had to make 17 saves for the shutout. Hauser now has eight shutouts on the season. 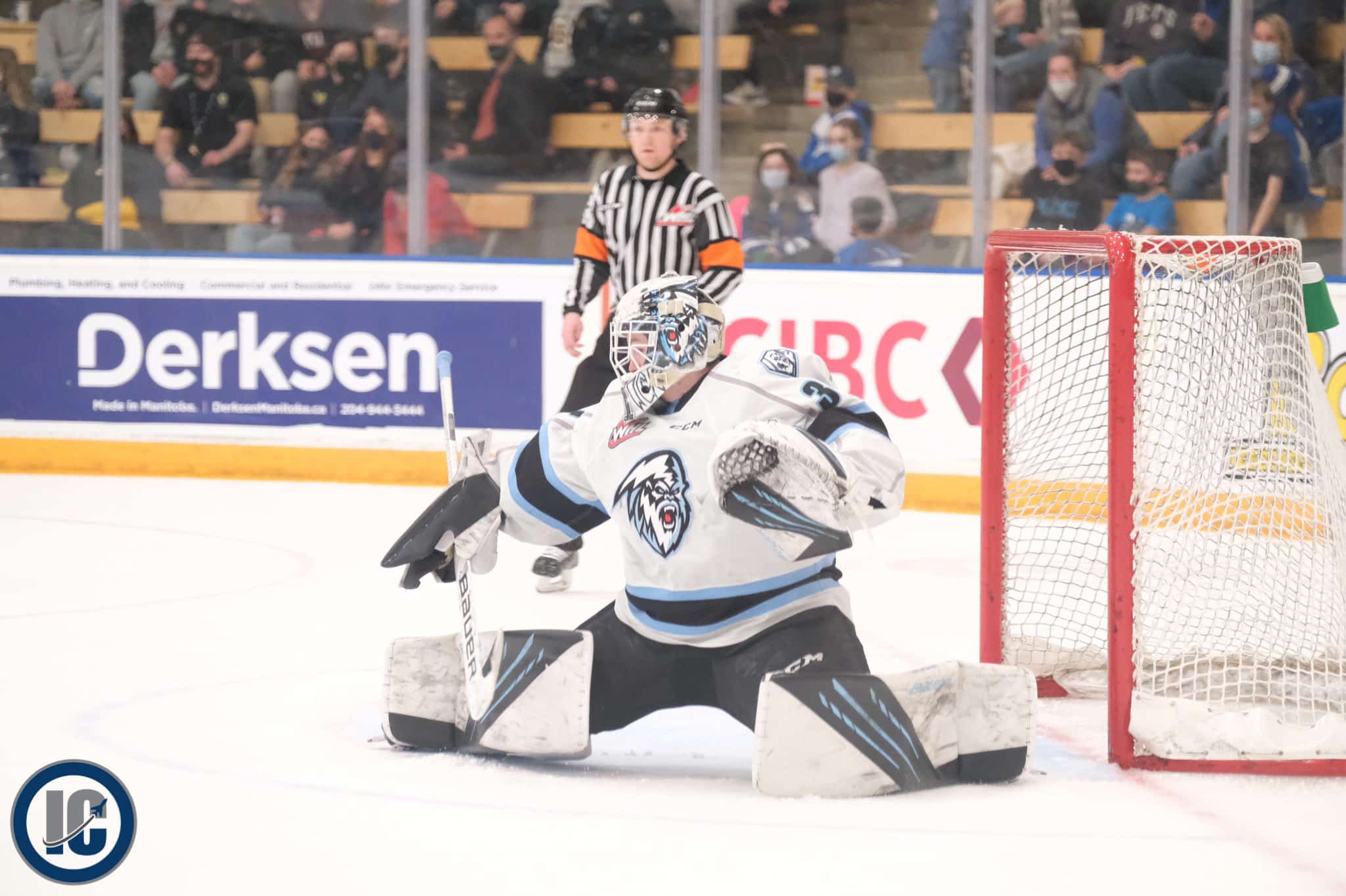 The next night on April 2, Moose Jaw got revenge on Winnipeg with a heartbreaker – Winnipeg-born Denton Mateychuk scored with just 22 seconds left to lead to a 3-1 Moose Jaw win. Tanner Brown had the lone ICE goal in the loss, Winnipeg’s first regulation defeat since February 26. Hauser’s personal win streak ended at 14 games.

Winnipeg has two home games against the WHL’s worst team.

On Friday, April 9 and Saturday, April 10, Winnipeg welcomes the Medicine Hat Tigers to the ICE Cave. It’s been a tough season for the Tigers – with just 11 wins in 63 games, the Tigers are waiting for this nightmare season to end. The team has lost seven straight games.

However, players are playing for jobs next year and the team still has a lot of pride. Winnipeg can’t take them lightly, lest they be upset. The ICE want to go into the playoffs as hot as possible, so there’s no better opponent than Medicine Hat to heat things up against. Winnipeg can also use these games to rest up players with nagging injuries and see what some of their younger guys like Evan Friesen can do in an extended role.

With 72 points in 64 games, Milne has responded excellently following a season marred by injury. After being passed up in the NHL Draft last year, his impressive play and unmatched work ethic make Milne’s name being called in Montreal a near guarantee. Before that, Milne has his eyes focused on Major Junior glory – if the ICE will get to the top, Milne will be a huge part.