Winnipeg now knows where they stand in the WHL Playoffs thanks to two wins on the weekend.

On Saturday, April 9, the Winnipeg ICE scored five unanswered goals to blow the Medicine Hat Tigers away with a 6-1 win. Chase Wheatcroft and Cole Muir scored twice, while Jakin Smallwood and Jack Finley also found the scoresheet. Winnipeg outshot the Tigers 44-17 in the victory.

On Sunday, April 10, the ICE crushed the Tigers again with an 8-2 win. Ben Zloty, Matthew Savoie, and Connor McClennon each potted two goals, with Mikey Milne and Connor Geekie also finding pay dirt. Both Milne and Nolan Orzeck had five points in the game. 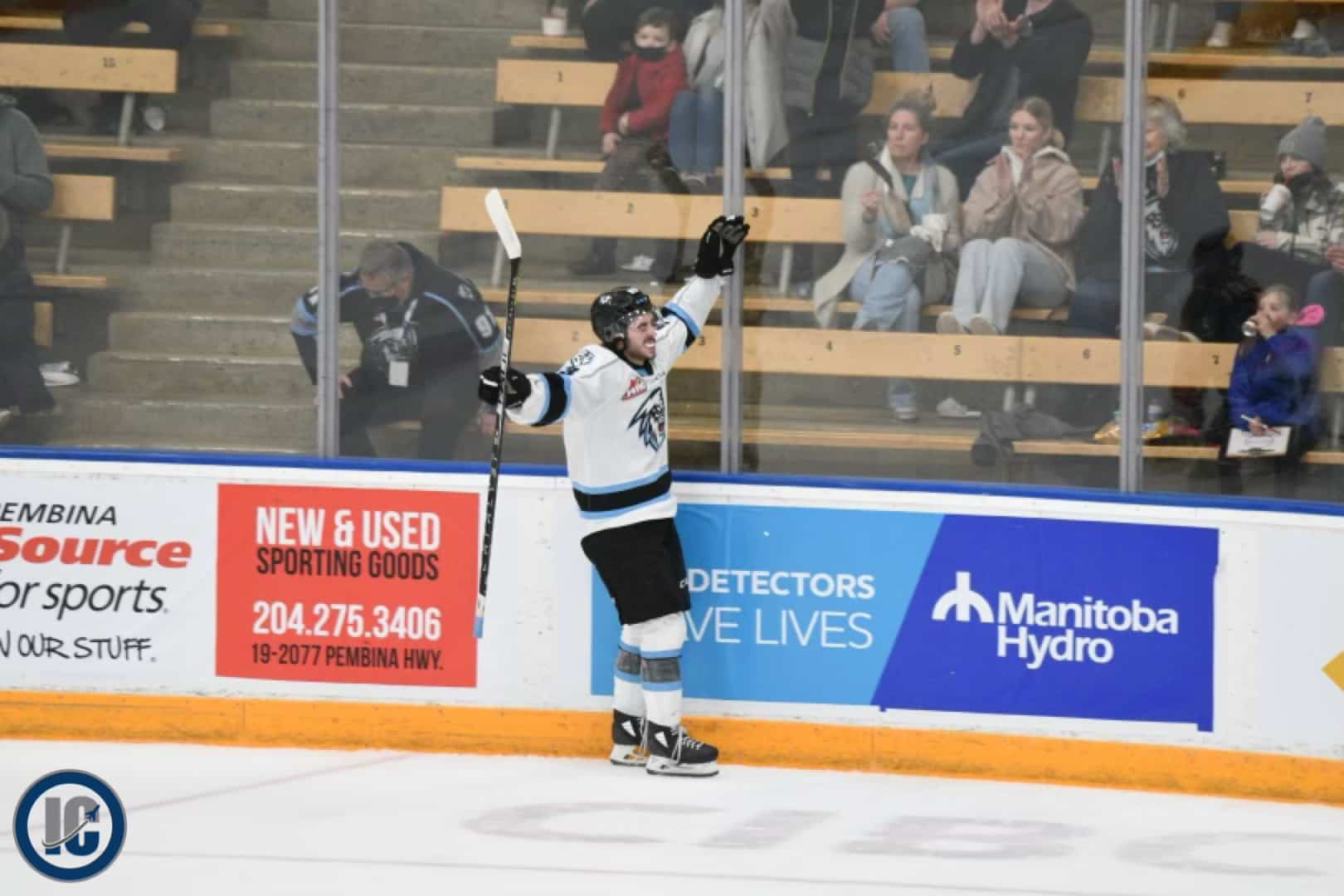 Winnipeg’s win on Sunday clinched the Scott Munro Memorial Trophy as the WHL’s top team in the regular season for the second time in franchise history and first since coming to Winnipeg. The ICE are the only team in the WHL to have 50-plus wins (51) so far this season.

Winnipeg has two more games to finish off the regular season, both at home.

The ICE are using these games to prep for the first round, and they’ll be playing against a team fighting for their playoff lives – the Regina Pats will be in Winnipeg to battle the ICE on Thursday, April 14 and Friday, April 15.

Regina is one of four teams (themselves, the Swift Current Broncos, Calgary Hitmen, and Prince Albert Raiders) fighting for the final playoff spot in the Eastern Conference. Regina has the most games left with three, but they’re two points back of that spot, currently held by the Broncos. With the heavy competition the Pats have for that spot, they’ll need to be at their best in both games.

For the ICE, these two games will help them tune up for round one and give them a look at what playoff hockey will be like. The only thing this ICE team doesn’t have is playoff experience, so these games can give them that first look. The best thing the ICE can do in these games is treat them like a playoff series – make it their goal to eliminate the Pats from a postseason berth and develop that killer instinct.

Wheatcroft was one of Winnipeg’s big deadline acquisitions and he’s been a great addition to this squad. Depth is always a difference maker in the playoffs, and a cold middle six can end a playoff run prematurely. Wheatcroft is heating his stick up at the perfect time for the ICE.