A blizzard in Manitoba forced the Winnipeg ICE to end their season in Regina, where they finished off the year the right way.

On Friday, Winnipeg scored five goals in the first period to coast to a 6-1 victory over the Regina Pats. Zach Benson, Mikey Milne, Conor Geekie, Evan Friesen, and Connor McClennon got those goals, with the Friesen tally chasing Pats netminder Kelton Pyne from the blue paint. Jakin Smallwood would add the other goal in the win.

The next night in Regina, the ICE put a dagger in the Pats playoff hopes with a 6-4 victory. Tanner Brown scored the game winner, getting support from Jack Finley, Owen Pederson, Milne, Benson, and Matthew Savoie to end the season with another win. The loss eliminated Regina – despite a 100-point and 50-goal season from Connor Bedard, the Pats finished two points back of a postseason berth.

Winnipeg finishes the regular season 53-10-3-2, first in the WHL. McClennon led the team in goals with 43, Savoie in points with 90, and Daniel Hauser shared the WHL’s lead in wins as a netminder with Kamloops’ Dylan Garand with 34 victories. 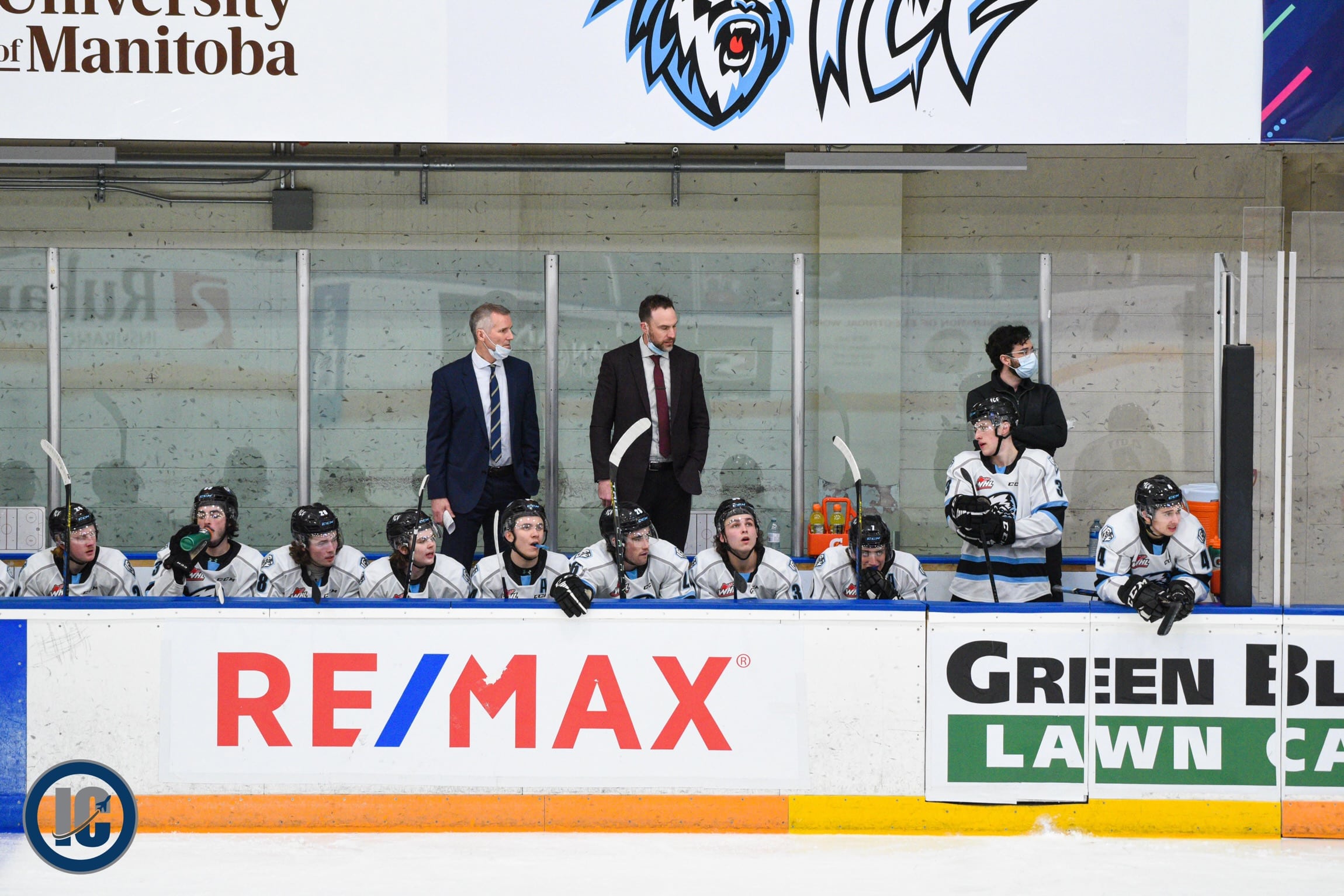 First Round Preview (all times in central time):

The Winnipeg ICE will host the eighth-seed Prince Albert Raiders in the opening round of the playoffs.

On paper, it seems like an easy series to predict – Winnipeg controlled the season series with a 5-2-1 record versus Prince Albert. The Raiders snuck into the postseason in their final game of the season, and while Winnipeg is loaded with star power, Prince Albert didn’t have a single player hit a point-per-game pace this season. The ICE also come in with the best power play and third-best penalty kill, while Prince Albert is middling on the PK (11th) and below average on the man advantage (16th). Whatever stat one looks at, the picture will look far prettier for Winnipeg than it will for Prince Albert.

However, Prince Albert does have two things they can draw on for this series. One, even though it’s been three years, they are the defending WHL champions. It’s been a long time since Prince Albert has had a chance to defend their crown. Secondly, all the pressure is on Winnipeg. Prince Albert needs to find a way to channel that freedom into their game to frustrate Winnipeg and make them doubt themselves.

The key moments in this series will be decided when Winnipeg has the edge. The ICE can’t allow the Raiders to have any reason to hope; when Winnipeg has their foe on the edge, they need to stomp them down, lest Prince Albert extend the series and give themselves a chance. Even though Winnipeg is the clear favourite, they cannot act like it. Greater teams than Winnipeg have fallen because they lacked respect for their opponents.

What a draft year it was for Matthew Savoie. His 90 points led the team and ranked him 7th in the WHL. He is a complete player at the WHL level, one whose game has NHL scouts dreaming of seeing him in their jersey this June at the NHL Draft. A season like this one could see him go in the top five. Before that takes place, however, Savoie is more focused on Winnipeg’s Memorial Cup ambitions. With Savoie as the cornerstone, Winnipeg can compete with anyone for Canada’s top junior prize.