The Winnipeg ICE’s win streak is now at 11 games after an impressive showing this week.

On Tuesday, March 22, the Winnipeg ICE went up against the Prince Albert Raiders to start a two-game road trip. Cole Muir and Alessandro Segafredo gave the ICE a 2-1 lead going into the third, but Vladislav Shilo was able to force overtime. In the extra frame, Jack Finley scored his 20th goal of the season to give the ICE a 3-2 OT win.

On Friday, March 11, the ICE played their final game of the season against the Saskatoon Blades. Finley opened the scoring for Winnipeg before Jakin Smallwood, Chase Wheatcroft, and Nolan Orzeck added goals to give the ICE a 4-2 win over the Blades. Daniel Hauser moved his personal win streak up to 10 games in the victory which leap-frogged Winnipeg over the Edmonton Oil Kings back into first place in the Eastern Conference. Winnipeg finishes their season series against Saskatoon 6-2-0.

On March 26, the ICE played the first of two straight games at home against the Prince Albert Raiders. Once again, Finley led the way – he scored his first hat trick with Winnipeg to pave the road to a 6-2 victory. Matthew Savoie, Evan Friesen, and Cole Muir also scored in the win. Friesen’s goal is his first game winner in the WHL.

On March 26, Winnipeg got another win against the Raiders in front of their home crowd. Matthew Savoie moved up to 30 goals on the season, while Connor McClennon, Chase Wheatcroft, Mikey Milne, and Conor Geekie also scored for Winnipeg. The ICE allowed just 15 shots against in their final meeting this season with Prince Albert. Winnipeg went 5-1-2 versus the Raiders this season. 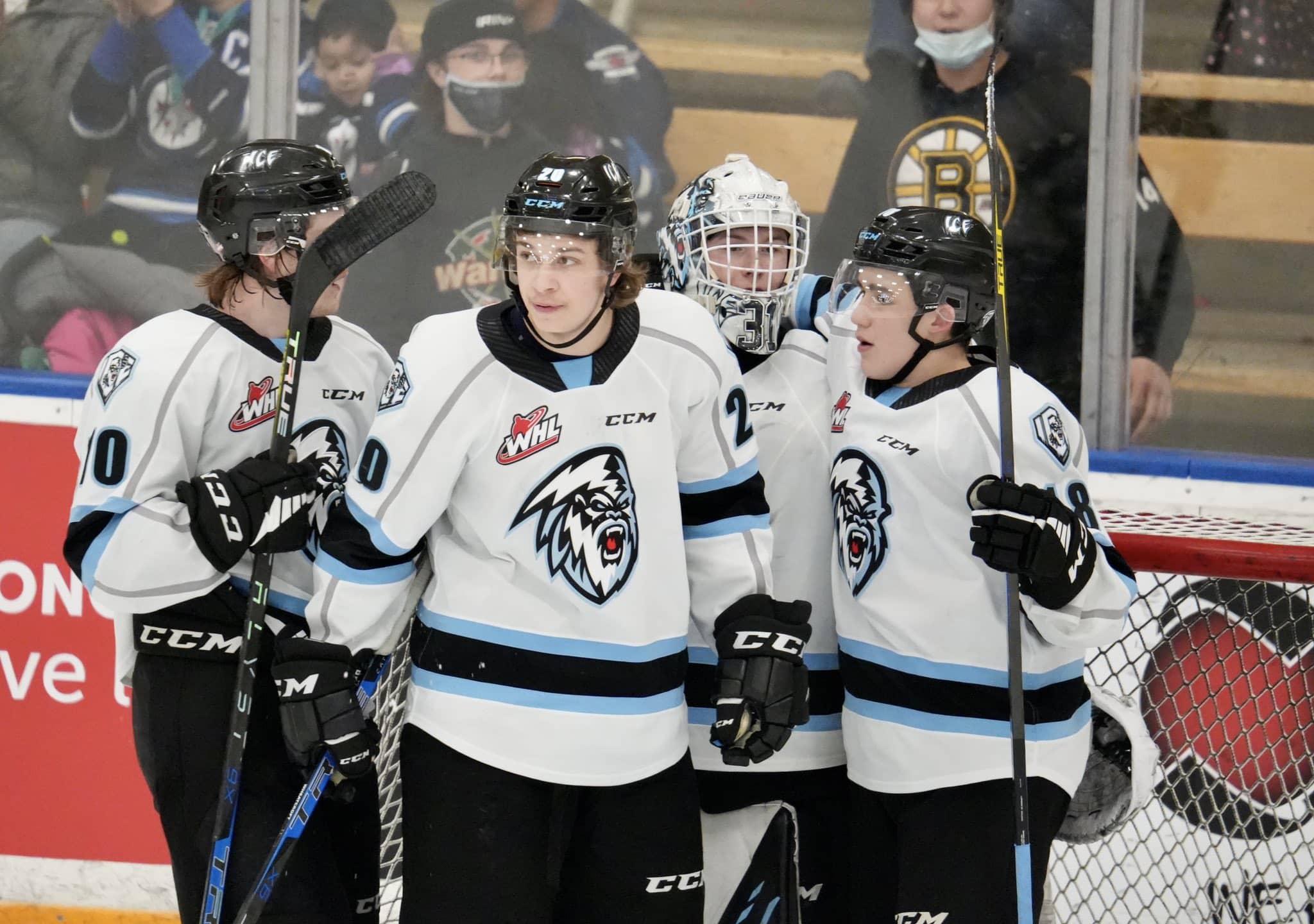 Winnipeg has one game at home before embarking on their final road trip of the year.

On Tuesday, March 15 the ICE welcome the Moose Jaw Warriors to the ICE Cave. Moose Jaw has already clinched their playoff spot, but they need the points to maintain home ice advantage over the Saskatoon Blades. Winnipeg is looking to stay ahead of Edmonton for the top seed. This game will be a good test for both squads.

On Friday, April 1, Winnipeg goes on the road for the final time this year. Their first stop takes them to see Connor Bedard and the Regina Pats. Bedard had his 21-game point streak snapped this week by the Saskatoon Blades, so he’ll be eager to start a new one. Regina needs to start stacking together wins in a hurry: they sit six points out of a playoff spot after losing their last four games.

The next night on Saturday, March 2, Winnipeg plays their final road game of the season at Mosiac Place in Moose Jaw. There will likely be some carry over from Tuesday’s game into this match.

Finley moved his point streak up to six games with his best week with the Winnipeg ICE. The Kelowna local is becoming a clutch player for Winnipeg, scoring big goals when the team needs them. A player who gets those kinds of goals is a difference maker come playoff time, which is exactly what Winnipeg wanted from him when they acquired him from the Spokane Chiefs. The Tampa Bay Lightning prospect is getting hot at the right time for the ICE.