The Moose came into tonight’s action having won their last two games of their eight-game road trip to even their record at 6-6-0 on the season.  They weren’t expecting any injured players to return to the lineup including defenceman Leon Gawanke who got crushed in their last contest and is currently in concussion protocol. 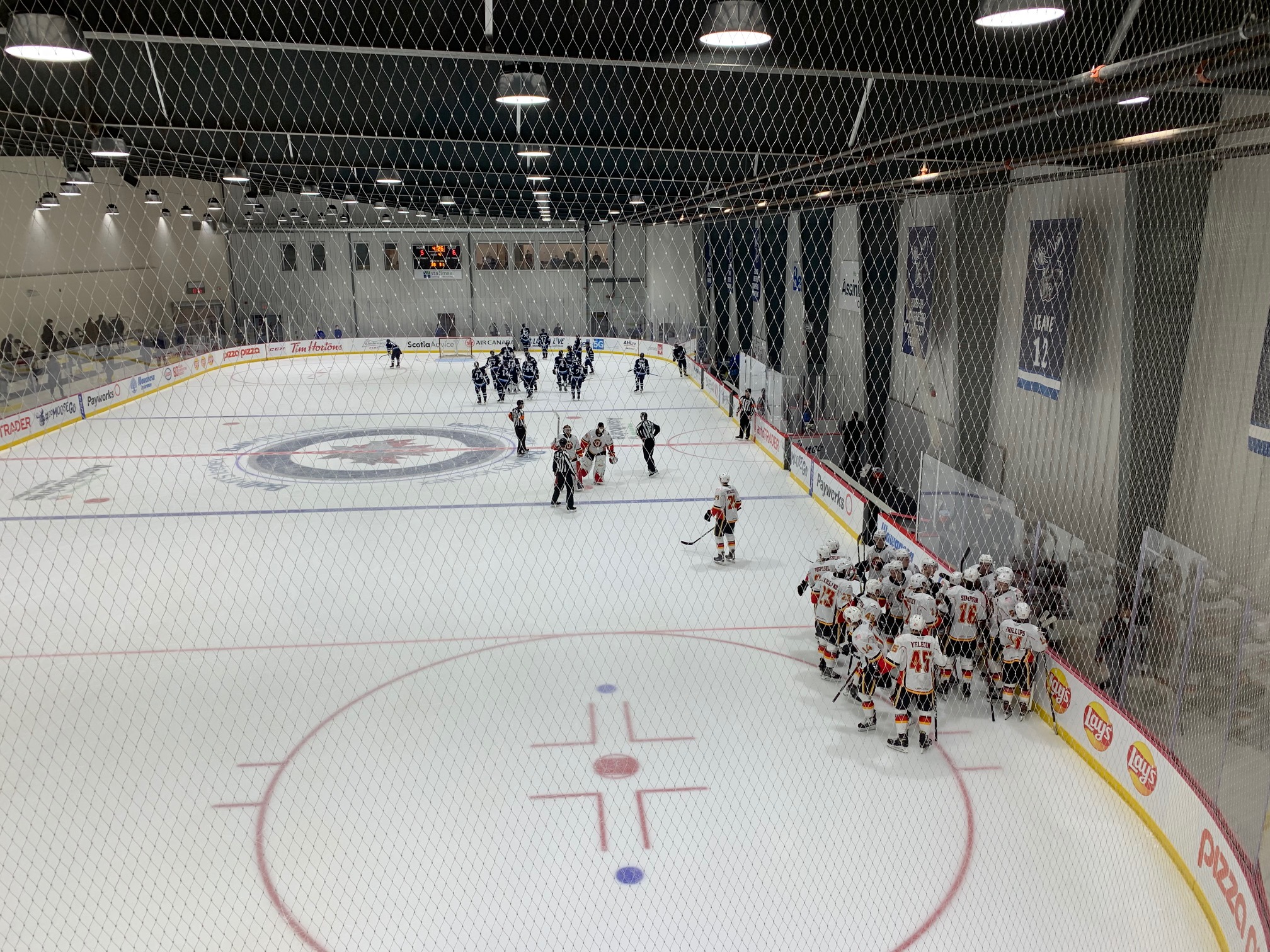 David Gustafsson continues to stand out for all the good things he does.  His strength is really impressive for a 20 year old.

It was the first ever AHL game played at the IcePlex but it won’t be the last.  Moose play here 16 more times over the next month and a bit.

If you thought the linesman wearing number 72 looked familiar it is because he was former Moose captain Peter Stoykewych, who retired from playing at the end of last season and went into officiating.  Tonight was his first ever time officiating an AHL game.

Nathan Todd scored twice and added an assist which gives him seven goals and nine assists for 16 points in 13 games which is good enough for 1st place in AHL scoring.

Another player meriting mention is Jeff Malott.  The Cornell University product scored the game tying goal (to make it 4-4) which is his sixth goal in his 11th game.  Not bad for a first year pro.

CJ Suess scored the fifth goal of the game late in the 3rd period to tie the game and send it to OT but his biggest impact (literally) was this hit that sent a Heat player into the bench just before Malott scored to tie the game.

While I’ve seen lots of interesting things covering a pro game at the IcePlex is right up there in terms I didn’t expect to be doing this season. Having said that it was a pretty great vantage point to watch the game up close and personal, in a way we don’t normally get to see way up in the pressbox.

The Moose are scheduled to practice on Tuesday as they get set for a re-match with the Heat on Wednesday.