The hottest team in the NHL comes into the coldest city in the league, hoping to continue their 7 game road winning streak. The Jets are looking to ice the Wild and keep their 4 game home winning streak alive. 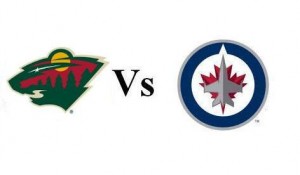 The Story: There weren’t many people who circled December 13th on their calendar when the 2011’12 National Hockey League Regular Season Schedule was released.  Perhaps they should have, because tonight the Winnipeg Jets begin a six-game home stand against the team with the best record in the NHL, the Western Conference-leading Minnesota Wild, winners of seven consecutive games on the road.

The Wild currently sit atop the league with 43 points and have easily been one of the huge surprises of the NHL this season. Led by Captain Mikko Koivu and off-season acquisition Dany Heatley, the Wild play an aggressive, puck possession game that relies on youth, skill and great goaltending. If this sounds at all familiar, say like the blueprint of the Pittsburgh Penguins, that’s because Wild Head Coach Mike Yeo was an assistant with the Penguins for five years (2005-10), a tenure which included a Stanley Cup victory in 2009.

Yeo, who at 37, is the youngest coach in the league, has completely changed the culture of the Wild.  Under previous Head Coach Todd Richards, the Wild were inconsistent (77-71-16) and missed the playoffs both seasons. Despite having an excellent goaltender (Niklas Backstrom) and offensively talented players (Martin Havlat and Brent Burns, who were traded in separate deals to the San Jose Sharks), the Wild were never capable of taking the next step and having continued success.

Enter newly acquired forwards Heatley and Devin Setgouchi (currently injured) along with new bench boss Mike Yeo, and the Minnesota Wild are a serious contender in the Western Conference this season. The Wild have become a confident bunch and have been successful even without Number-1 stopper Niklas Backstrom or even back-up Josh Harding in net.  21-year-old rookie goaltender Matt Hackett (nephew of former NHL goaltender Jeff Hackett) entered his first career game last Tuesday against the San Jose Sharks after Harding went down with an injury and ended up posting a shutout victory. Two nights later, he earned his second consecutive victory against the Los Angeles Kings.

The Jets will have their hands full with the tenacious Wild, who possess balanced scoring and a young, but talented defense that gives up few goals (63 goals in 30 games, 3rd best in the NHL).

There is good news and bad news for the Jets entering tonight’s game. First, the good news.

There is no place like home.  The Jets have won four games in a row at the friendly confines of the MTS Centre and seven of their last eight games at home (overall home record of 9-4-0). The bad news is that the Jets were embarrassed by the Detroit Red Wings 7-1 in their last game. Despite giving up the first goal of the game (Bryan Little, 35 seconds into the 1st), the Red Wings dominated the Jets in every aspect of the game as the line of Jiri Hudler, Valteri Filppula and Henrik Zetterberg combined for six points (3 goals and 3 assists).

The Jets will have to forget about Saturday’s game because the surging Wild present a new challenge. Once again, the good news here is that the Jets have shown that they are not intimidated by anyone in their own building and have shown on several occasions this season that they are capable of playing up to their competition.

We will be at practice today and will update the lines accordingly.

NOTES….. The Minnesota Wild were the first team this season to reach 40 points and were the first team to reach 20 wins this season as well…..Blake Wheeler has the best plus/minus rating on the Jets (+6) and leads the teams with 17 assists….. Minnesota Wild right winger Cal Clutterbuck will return to the line-up tonight for the Wild after missing the last two games with a charley horse injury. Clutterbuck has eight goals and 4 assists in 26 games this season…..Devin Setoguchi did not travel with the team to Winnipeg and remains out indefinitely….. Remember 18-year-old centre Mark Scheifele, the Winnipeg Jets 2011 7th overall Draft Pick? Well Scheifele has 36 points (13 goals, 23 assists) in 19 games for the OHL’s Barrie Colts and will head to Team Canada’s World Junior Selection Camp this weekend as one of the players that is expected to lead the team offensively. The World Junior Hockey Championships begin on Monday, December 26 (Boxing Day). The tournament will be held in Edmonton and Calgary, Alberta…..Wild goaltender Matt Hackett was named Second Star of the Week on Monday by the NHL. Hackett had a record of 2-0-0, one shutout and a save percentage of .974 in two games against the San Jose Sharks and Los Angeles Kings. The First Star of the Week was Calgary Flames captain Jarome Iginla (4 goals, 2 assists in three games). The Third Star of the Week was Washington Capitals defenseman John Carlson (one goal, six assists in three games)…..