The Jets go from one windy city to The Windy City as they play the ffirst road game in this franchise’s young history.

Where: United Center in Chicago, Illinois 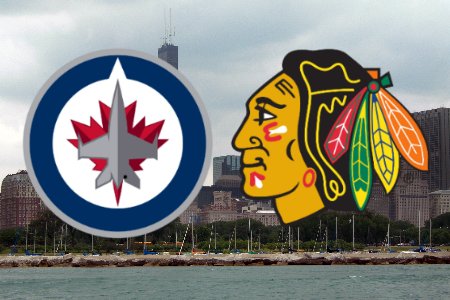 The Story: When the Winnipeg Jets line up to play the Chicago Blackhawks tonight at the United Center in Chicago, they better not be thinking about their last game. Yes, I’m talking about the awesome spectacle that was their home season opener on Sunday, October 9th against the Montreal Canadiens.

I don’t say that to diminish what was truly an historic event for the city of Winnipeg and hockey fans all across the country, but because the Jets were hammered by a score of 5-1 and played terribly.

The Jets begin a two-game road trip tonight against the 2010 Stanley Cup Champion-winning Blackhawks in what will arguably be a bigger test of the Jets’ character. The storylines in this game have already been well documented as the connections between the Jets and Hawks run deep.

Jets General Manager Kevin Cheveldayoff was Assistant GM of the Blackhawks the last two years while Jets captain Andrew Ladd and defenseman Dustin Byfuglien return to a city where they haven’t played since they were an integral part of the team that won the Cup in 2010.

On the other hand, Chicago Blackhawks star players Jonathan Toews, Patrick Sharp and Duncan Keith all have close ties to Winnipeg, with Toews and Keith calling Winnipeg their hometown.

Tonight, the Jets will look to rebound from a poor opening game performance which saw the team start slowly out of the gate and really look like a team that had never played together before. That just won’t cut it against the Hawks, a team that almost defeated the Stanley Cup Finalist Vancouver Canucks in the first round of last year’s playoffs.

The Hawks are fast, skilled and patient and the Jets cannot afford to make the amount of mistakes they did last weekend against the Montreal Canadiens otherwise punishment will be in store in the way of a four or five goal loss.

Here are the projected line combinations for tonight’s game (subject to change):

Next Up: After tonight’s game, the Jets will travel to Arizona for Saturday nights game versus the Phoenix Coyotes, where many Winnipeg Jets fans are expected to make the trip down.