A look at the game 69 projected lineups and pre-game audio. 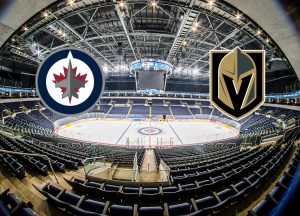 It was a busy Thursday for the Jets which saw essentially the entire team take to the ice for practice at Bell MTS Place.  We learned that Adam Lowry will not be a player tonight when Winnipeg takes on Vegas but Mathieu Perreault could be a player depending on what his afternoon meeting with the doctors went.  For now the projected lineup is simply based on how the last game ended.

The Jets woke up this morning on the outside looking in for a playoff spot and getting back above the line won’t be easy when you consider tonight’s opponent is 9-1-0 in their last ten games.

As per Ken Wiebe of The Athletic Winnipeg it is a “Heavily attended optional for the Jets this morning. Players exercising the option are Connor Hellebuyck, Neal Pionk, Dmitry Kulikov, Patrik Laine, Nikolaj Ehlers and Jack Roslovic. All of those guys are expected to be available tonight.”.

Mathieu Perreault confirms he comes back tonight and will play with Shore and Appleton.

Josh Morrissey on getting healthy bodies back into the lineup, the hockey the Jets need to play in their remaining games to get into the playoffs, what they expect from Vegas, the pressure that comes with the logjam for the wild card in the West and whether he is scoreboard watching.

Mathieu Perreault confirms he will return to the lineup, his approach after being out awhile, game shape, keys early in the game for him, frustrating in being out of the lineup and his thoughts on Vegas.

Cody Eakin on facing his former squad, the insight he can offer his new team against his former club, what turned for Vegas, is this a game you play with a chip on his shoulder and what was his takeaway from his time with the Golden Knights?

Coach Maurice confirms Mathieu Perreault returns to the lineup, what he brings to the lineup, how has Cody Eakin handled the disappointment of being traded and how has he integrated himself with the Jets, the insight he offered to Golden Knights coach Pete DeBoer when taking over a team midseason and how can the grind throughout the season help the Jets down the final stretch.

All audio courtesy of TSN 1290 Winnipeg