The Jets number three netminder in the organization gets claimed by the Coyotes. 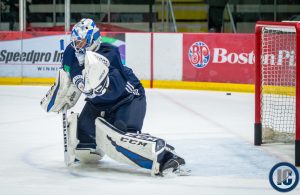 Goalie Eric Comrie was drafted in the 2nd round of the 2013 NHL Draft and has been with the organization for four seasons since he turned pro in 2015-16.  He was the top goalie in the system although he would likely have been sharing the net with Mikhail Berdin, a Jets 2016 6th rounder who got his first taste of the pro life last season splitting his time between the AHL and ECHL.

Now he is off to play for the Arizona Coyotes as per Elliotte Friedman of Sportnet.