Drama in the Desert: Winnipeg no longer has to be quiet about NHL intentions, Goldwater CEO worthy adversary, Gov Brewer talks Coyotes.

Canoe:  The hard part of NHL return will be the cost to the fans.  That’s why you need to take advantage of buying Season Tickets, to save close to 40% of the walkup price.

Winnipeg Sun:  Katz says he’ll buy NHL season tickets.  Winnipeg’s Mayor has been a great supporter of sports in the city, including his ownership of the Independent League’s baseball team Winnipeg Goldeyes.


Globe & Mail:  Midas touch unnecessary for Winnipeg to get the Coyotes.  It would appear the time for quiet is over.  Good read from Brunt.

Globe & Mail:  Goldwater chief proves worthy adversary.  She’s being set up as a villain by opponents of Goldwater.  Is it fair?  Not really, although I will say, I don’t remember having warm, fuzzy feelings for Jim Silver of Thin Ice back in 95‘.

Winnipeg Free Press:  Doctor, doctor give us the news.  From what I’ve been reading/hearing people seem more concerned about the particulars rather than incensed that they are being put to the test. 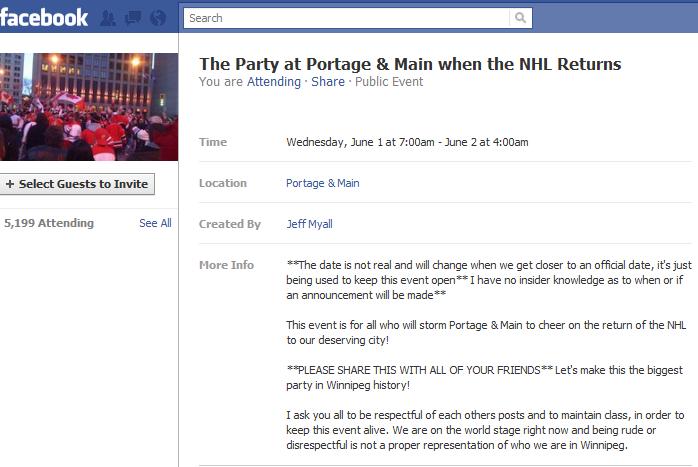