TSN:  Hockey Insider Darren Dreger talks Phoenix Coyotes.  Interesting thoughts from Dreger.  He both raises up and dashes hopes of Peggers.  Suggests that the COG is working on a “creative financing” package for Hulsizer but then also gives a “firm” timeline of next Friday (May 6th).


Arizona Republic:  Colangelo not involved with Coyotes.  If Deputy Daly thinks GWI is irrelevant to the process, why did the COG and prospective owner Matthew Hulsizer meet with them for 3 hours last Thursday at the Cupcake Summit?

Winnipeg Sun:  Cool your Jets, Winnipeg.  As with most rumors, a little twitter birdy says one thing (speaking of twitter, why not follow @Illegalcurve), gets picked up by another few and next thing you know it has snowballed into the Jets are back and there is going to be a big party at Portage & Main.  While I agree that it’s important to keep calm and not jump to any conclusions, it is clear the excitement in this city has reached a fever pitch as there are now over 12,132 fans on a Facebook group ready to celebrate this event. 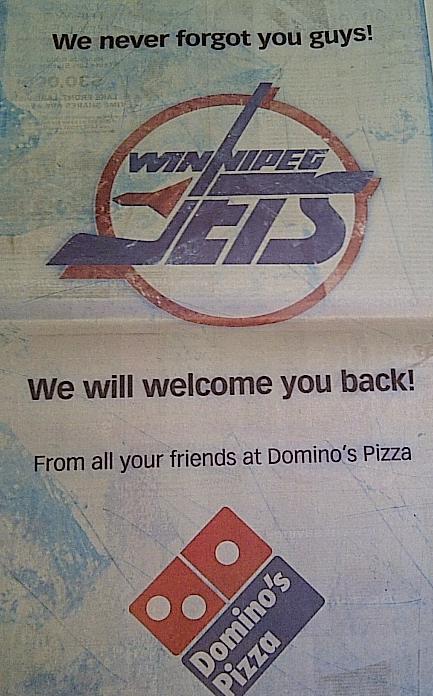 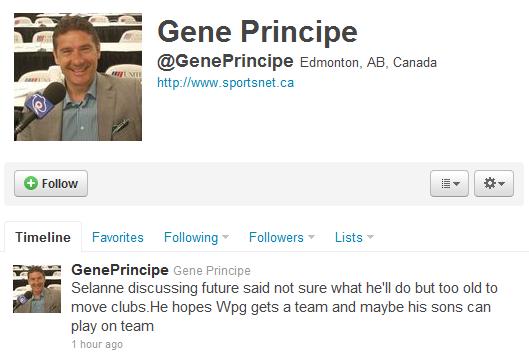