Drama in the Desert: View from Jobing.com pressbox last night, Suites available for the remaining Coyotes home/playoff games and more

Goldwater Institute:  Providing some answers.  Say what you will about the Institute’s motives, but these guys are prepared.

ESPN:  The drama that never ends.  Perhaps the focus should be on why you would want an owner who cannot purchase a team without funds of his own?

The Province:  Once bitten, twice shy (mid way down the page).  The Golden Jet Bobby Hull thinks that Winnipeg is going to have  to prove to the NHL that the city can sell season tickets.  With all due respect, I will trust the assessment done by the tall heads at TNSE who think that Winnipeg can be an NHL capable city.

Arizona Sports:  McCain blasts watchdog’s fight over Coyotes.  McCain said that the Goldwater Institute needs to understand how important the Coyotes are.  My only question is; important to whom?  Perhaps to the small but dedicated base, including 7,000 fans who showed up last night to watch the Yotes roll the Blue Jackets, but how many other Arizonans would notice if the Coyotes left?

TSN:  Dreger Report (item #6). Wonder how upset players would be to move when league revenues increase with a franchise in Winnipeg thereby also increasing players salaries.


Winnipeg Sun:  Cyber-stare down over Coyotes.  I believe Deputy Commissioner Bill Daly said it best; “nothing new to report”.  And so we wait…..

City of Glendale:  Timeline of events in the Coyote’s saga from the City’s point of view.  Interesting read for those wanting a recap from the city’s point of view.  Including this, if it wasn’t so painful that this process was still ongoing it would be humorous, statement by the COG; “The transfer of ownership and possession to Ice Edge Holdings is a major and final step in establishing the long-term presence of hockey in Glendale, Arizona” (Dec. 11, 2009).  Two years and 3 long months later, we’ve seen how that worked out. 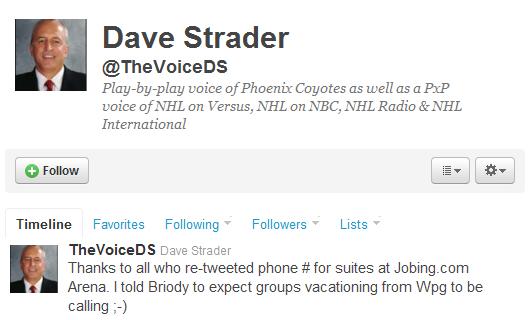 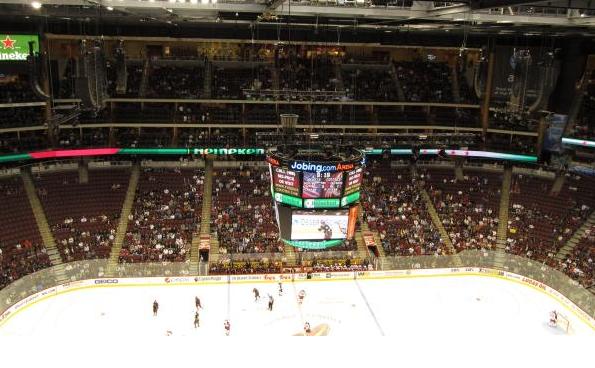