Drama in the Desert: Senator McCain throws down on pulitzer prize winner George Will, Could Canada support a dozen NHL teams?

Globe & Mail:  Money or no money, NHL not expanding in Canada.  Commish Bettman better deliver with this television deal.  While Phoenix might be the 5th largest market, the television ratings aren’t exactly something to write home about.  Perhaps people in Nashville won’t get excited that the Winnipeg Jets are coming to town, but do they really get excited when the Coyotes are?

TSN:  Coyotes fight past ownership uncertainty.  It is an impressive feat that the Yotes have gotten as much mileage out of this team as they have, all things considered.  Will it be enough to beat the Wings or are they about to suffer a similar fate as the 1996 Jets and go down in 6 and then……..

Forbes: The most and least cost-effective team’s in the NHL.  Not a surprise to see the Coyotes as efficient as they are with the NHL mandate they have around their necks.  Should be interesting to see how an influx of cash would help or possibly hinder this team’s chemistry.

XTRA Sports 910 (audio):  Senator John McCain takes on George Will.  Senator McCain comes out guns blazing.  Hate to break it to the Senator, but you won’t find Coyotes coverage on ESPN (except highlight of the night). 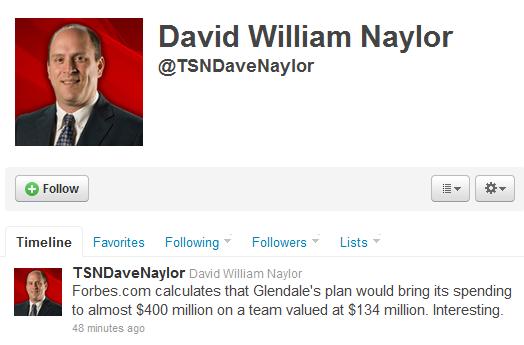 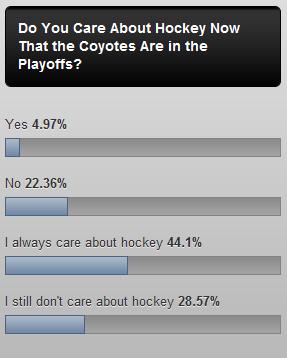