Winnipeg Sun:  Coyotes deal on last legs.  This team has been on it’s “last legs” for quite some time.  It appears that the Sun’s Paul Friesen has a different source than that used by MacLean and Kypreos which could lead to the story having more credence.

TSN:  Daly refutes report that Coyotes move to Winnipeg close.  Not much different that the Free Press story below.

Winnipeg Free Press: Daly refutes Sportsnet story of Yotes moving to Winnipeg.  Not much of a surprise.  He can’t exactly confirm the story and doom ticket sales.  (IC Apology: link was broken.  Thanks to daily reader Doug for pointing that out).

Fan 590 (audio):  Coyotes moving?  Sportsnet Radio FAN 590’s Doug MacLean and Nick Kypreos were informed by multiple sources that the Phoenix Coyotes will relocate back to Winnipeg once the team is eliminated from this year’s playoffs. 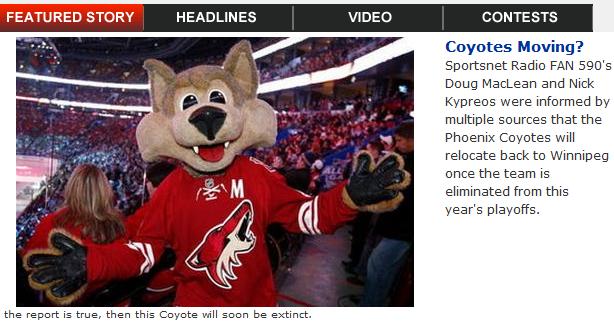 Arizona Sports:  McCain calls for mediation and talks to keep Coyotes.  I’m really not seeing how he thinks a meeting will change Goldwater’s position.  They say no to public money, Hulsizer requires same to move forward, meeting over.

Arizona Republic:  A plea for Detroit fans to wear white to the Yotes home games.  I actually had to read this twice.  Asking fans of another team to wear your team’s colours so you won’t be embarrassed.   Why would anyone comply with this request?  Would members of Steelers Nation, who travel very well, ever consent to wearing the Cowboys home team’s colors?   I think not.

Arizona Republic:  Must they win or go homeless?  Well they wouldn’t exactly be homeless.  There is quite a nice building awaiting the team on Portage Avenue.  At this point, I’m not sure winning a series or two, would impact on whether or not the team stays, although the NHL would sure appreciate the extra revenue.

Arizona Republic:  McCain urges Governor Brewer to get involved.  Somewhat ironic that former owner of the Coyotes Richard Burke came out against Goldwater.  If he thinks the Coyotes should stay in Glendale why doesn’t he resume ownership of the team?  He got out in 2001 for a reason.

Winnipeg Sun:  NHL stars get Manitoba Hall call.  Exciting news for all the inductee’s but who is ready to hear former Jets broadcaster and 2011 MHOF inductee Curt Keilback call a game at the MTS Centre? 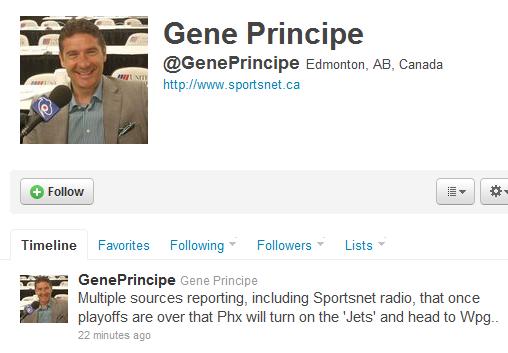 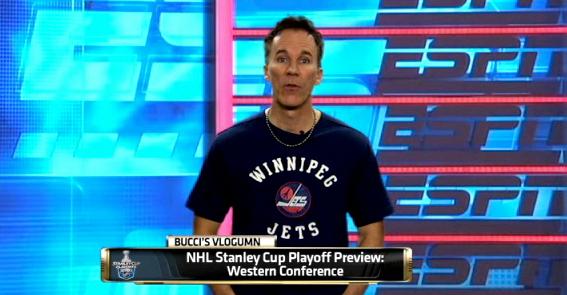 Drama in the Desert: Senator McCain throws down on pulitzer prize winner George Will, Could Canada support a dozen NHL teams?
Drama in the Desert: Possible move of Coyotes steals the show, Yotes deal on last legs, TSN’s ‘Hockey Insider’ Bob McKenzie is of opinion that NHL in Winnipeg next season more likely than Glendale.