Drama in the Desert: Phoenix fans not amused, Yotes on-ice season over but OT needed to save franchise off-ice, Matthew Hulsizer shows up for Game 4 but is it too late?

Sportsnet:  Desert disappointment.  The sad reality is that showing up for 2 playoff games isn’t sufficient.  With the situation as dire as it was, the fans chose to stay home, rather than show that desert hockey can make it on the important nights like a Tuesday vs. Minnesota or a Thursday against Tampa.

Dallas Morning News:  Any chance a move by the Coyotes could lead to realignment of the divisions?  Stars fans wondering if Yotes leaving would allow Dallas to get out of the Pacific.  We at IC will be covering this idea of Division Re-alignment in more detail soon.

Montreal Gazette:  CFL’s Blue Bombers would welcome Jets home.  With the Moose out of the way, the competition for mid-level priced tickets is eliminated, which could help the Bombers bottom line.

Winnipeg Free Press:  Phoenix fans not amused.  I think the problem with the team is best summed up by Teresa Hachty from Phoenix, who said “Look, we’re not Phoenix fans, but NHL fans..”.  And in a nutshell, that is the problem.  Lots of general hockey fans, but not enough Coyote specific fans.

Vancouver Sun:  Last call for hockey in Phoenix.  There was plenty of parallel’s in this series and the one in 96′.  Same team, same winning scores, same results.

Winnipeg Free Press:  Bettman a slick stickhandler.  You have to give Gary Bettman credit, while he isn’t nearly as suave as NBA commish (and his former boss) David Stern, he is able to handle himself when he gets cornered.

Toronto Star:  So that’s that.  As Cox suggests, the NHL commish will be walking a tight rope to make it look like he wasn’t dragged kicking and screaming to the Manitoba capital. 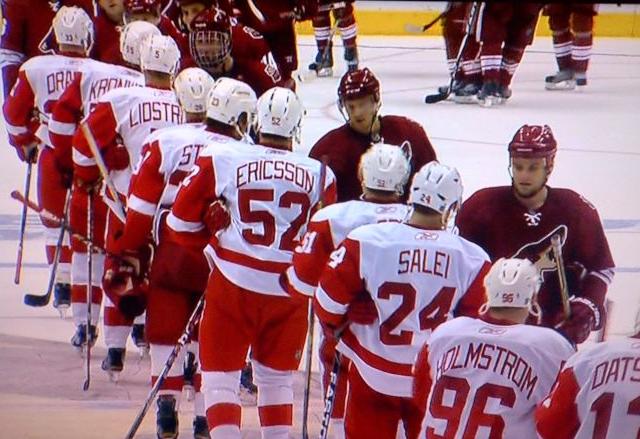 Arizona Republic:  Did Red Wings end another era in Coyotes (Jets) franchise?  Ironically for a team that’s done so well in the shootout, it appears that while their season on the ice is over, the off ice drama is just hitting OT.

Arizona Republic:  Coyotes Shane Doan finds himself in familiar, difficult position.  Unlike guys like Belanger & Aucoin who have only been in Glendale for a few seasons, Doan has been there since they left Winnipeg, so his emotions are completely understandable.

Winnipeg Sun:  Last NHL game in Arizona?  Will the last Coyotes goal by Martin Hanzal become trivia the way the Norm Maciver goal has with Jets fans who try and remember who had the last ever Winnipeg goal?

Winnipeg Free Press:  Would-be Coyotes owner Matthew Hulsizer attends Game 4 but situation murky.  It was good for Phoenix fans to see him there, but I wonder why he is choosing to not attend the meeting between the City of Glendale and the Goldwater Institute this afternoon.

Puck Daddy:  Relocation sucks the fun out of the playoffs.  He makes some good points but the numbers for the games down the stretch simply weren’t good for the Coyotes.  Fans knew that all eyes in North America were on them and they simply failed to show as the team fought for it’s playoff positioning.  (ex. March 22nd games vs. St. Louis drew under 11,000). 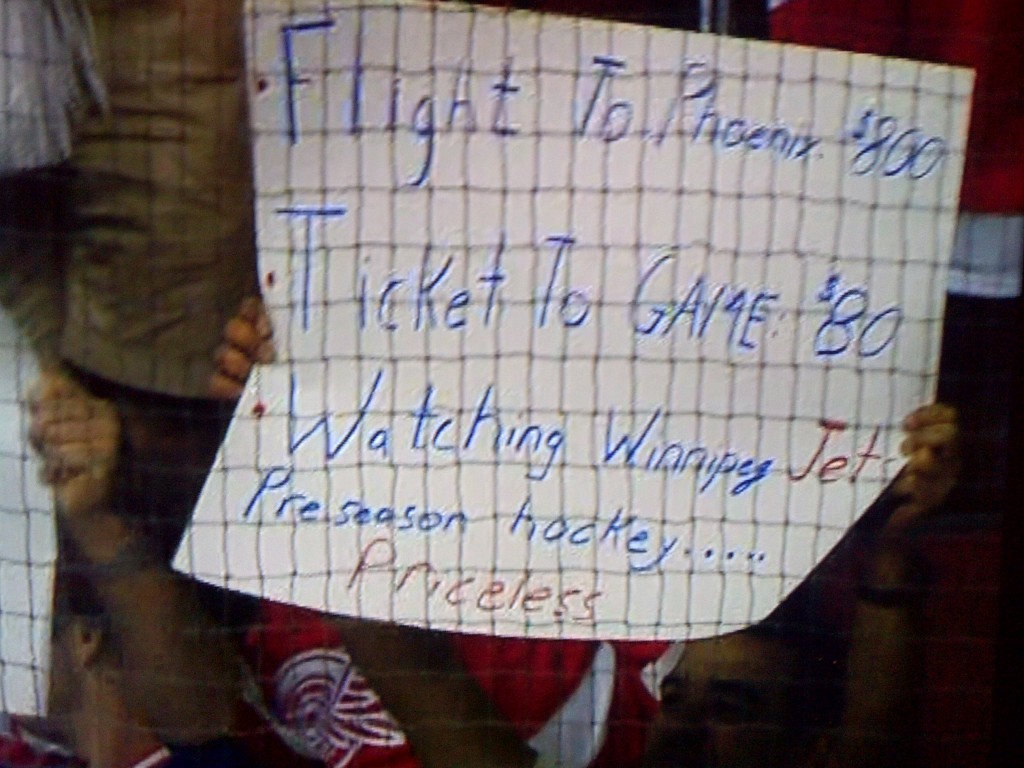 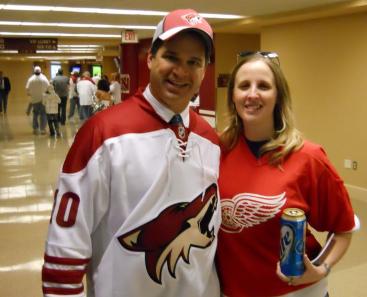 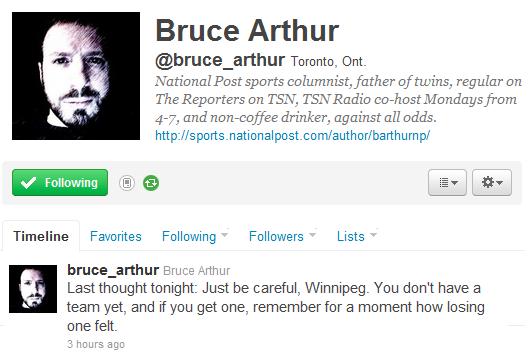