Afternoon Drama in the Desert: TSN Dreger Report says “A week – two weeks at the most” till resolution in Phoenix, Bryzgalov would rather play in KHL than Winnipeg

Don’t Forget:  Showdown between Goldwater Institute and the City of Glendale takes place at 5pm cst.  Once the transcript of the meeting is released we will have entire contents on site for your perusal.

Goldwater Institute: Goldwater has updated their website with audio of today’s meeting as well as the press release posted here at Illegal Curve. Visit the Goldwater site for the audio, full analysis to come later.

Globe & Mail:  Bryzgalov no fan of Winnipeg.  Reminds me of the Seinfeld skit when Jerry’s mother can’t believe someone doesn’t like her son.  Similarly, for those of us who love the city, we can understand reservations (who wouldn’t be afraid of -40 winters) but when people who aren’t from here, cast aspersions on our fair city we too react with disbelief.

TSN:  Jets fans wait patiently as Coyotes might leave Phoenix.  People in Winnipeg have waited over 15 years for a team to return, I don’t think a few more weeks or months are going to kill them.

Globe & Mail:  Glavine trying to save the Thrashers.  Former star pitcher for the Atlanta Braves and draft pick of the L.A. Kings is trying to spearhead an effort to keep hockey in Georgia. 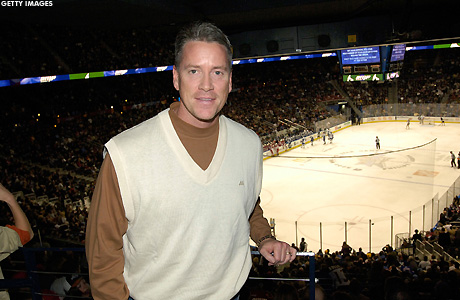 New York Times:  After being swept, Coyotes skate off into uncertainty. The biggest challenge faced by prospective owner Matthew Hulsizer is how are fans going to react when you remove cheap tickets/freebies, add cost for parking in order to offset losses?  As they said in the article;

The playoff apparel, like clothes from another season, was deeply discounted.

TSN:  Dreger Report.  He seems to echo our own thoughts, which is that this situation will be resolved by end of 1st round and before 2nd begins.

Canoe:  Russian to Judgement.  As a guy who came from Russia, you’d think he would be adapted to the cold, but those 6 years in the Southern U.S. have him all warm and fuzzy for the dry heat.  Isn’t exactly a testament to his dedication to win a Cup, when he says that he’d rather play in KHL.

Defending Big D:  How could Phoenix ownership situation affect Dallas Stars. In most scenario’s the Stars lose out since they are forced to stick in the Pacific division.

Atlanta Journal Constitution Ice Man:  Is NHL about to desert the Arizona desert?  For the Thrashers sake, they better hope so. 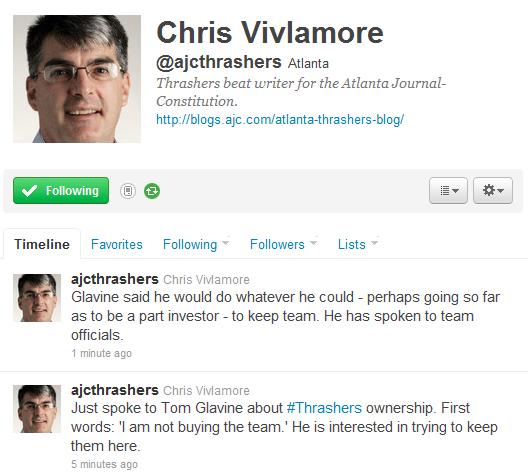 Drama in the Desert: Phoenix fans not amused, Yotes on-ice season over but OT needed to save franchise off-ice, Matthew Hulsizer shows up for Game 4 but is it too late?
Press Release From Goldwater