CBS Sports:  Deep run or Canada for Coyotes?  Could they make it past the 2nd round for the first time in the combined history of the two franchises?  Not exactly a strong track record (85 & 87).  I can see them beating Nashville or L.A. but don’t see them knocking off Detroit, San Jose, Vancouver or Chicago. 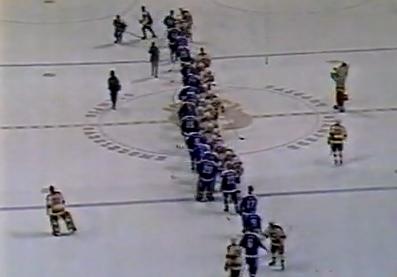 Winnipeg Sun:  NHL players cool with Winnipeg.  Continuing to shatter the Glenn Healy myth that guys won’t go to Winnipeg because it’s “too cold” or “there’s nothing to do”.  Much like they said in Kevin Costner’s movie Field of Dreams, “if you build it, they will come”, and it appears that Chipman and company at TNSE have built it.

Toronto Sun:  Players wouldn’t have to go outside in the Peg’.  Good to hear a local like Nigel Dawes, who is currently playing for Montreal’s AHL affiliate, talking up the city.  Too many love to take a shot and for many players from the Maritime provinces, Alberta, Northern Ontario or Saskatchewan, playing in a city like Winnipeg, wouldn’t exactly be a hard ship.  (have you been to an Earls lately?)

Toronto Sun:  Belanger has it wrong.  If you don’t want to listen to the audio roundtable discussion on the subject posted yesterday, this is a good read as to why hockey players shouldn’t be adding their thoughts re; the economic issues surrounding a team.

Phoenix Business Journal:  Coyotes playoff run could determine future in Phoenix.  I’m not sure even a deep playoff run would be sufficient.  It might make the NHL happy to recoup some of this season’s losses, but not sure the franchise can be salvaged.