The Tennessean:  As rookie, Selanne impressed Rinne. And he continues to impress all these years later.  I bet many people in Winnipeg are hoping he plays one more season.  Including Illegal Curve’s editor Richard (seen holding a Jets hat for signing outside Wpg Arena before the game he broke the rookie points record vs. the Leafs.  By he, I mean Selanne , not Richard) 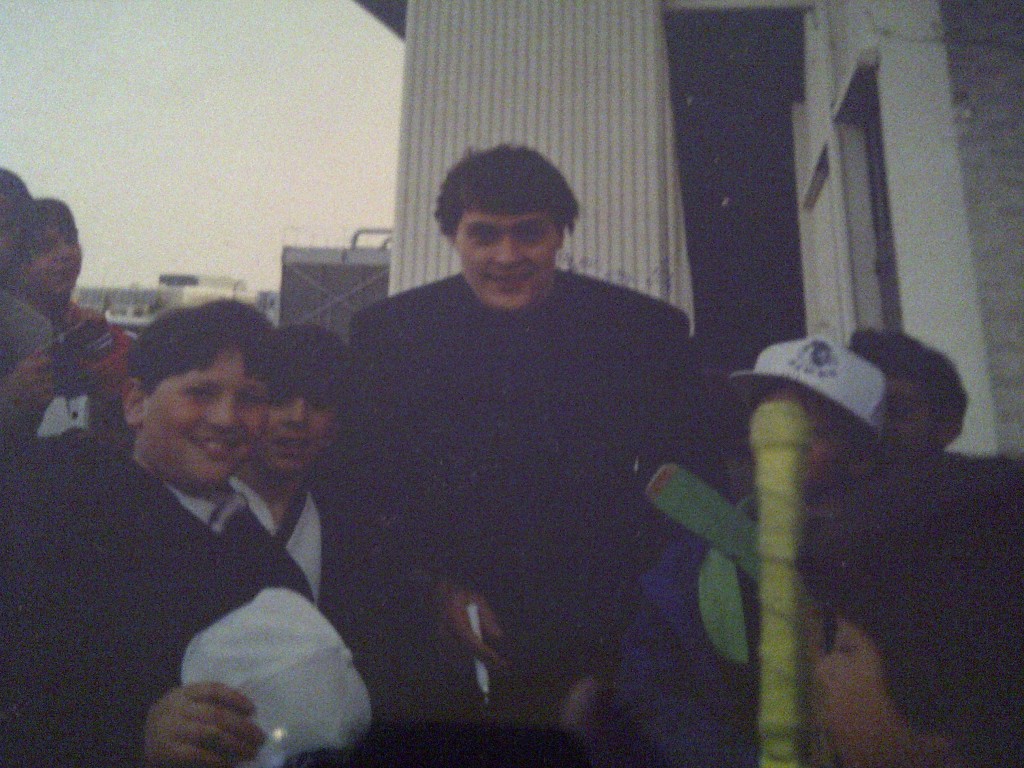 Globe & Mail:   Phoenix failure felt as far away as Victoria.  Is this just a coincidence or part of an overall shuffling of organizations as the NHL gets itself ready to move back to Canada?

Globe & Mail:  Bettman and NHL remain committed to Phoenix.  More in-depth coverage of the interview on the Fan 590 of NHL commissioner Gary Bettman including some of the gems;

Obviously at the point we issue a schedule for next season, we’re going to have to know where the team is playing

I don’t blame you guys for covering the story, but enough is enough already

Calgary Herald:  Jets star Dale Hawerchuk excited about possible return.  And to think, I didn’t believe Manitoba’s admiration of our former captain could get any larger.  He’s always been an example of someone not from Manitoba, embracing the city to the fullest extent possible.  Cannot wait until his #10 Jersey is retired and hanging from the MTS rafters.

Winnipeg Free Press:  Sports, cultural groups welcome idea of NHL’s return.  Not surprising that the other professional sports teams in Winnipeg say publicly that they support the NHL’s return. Plus for those fans who cannot afford NHL season tickets, these teams are probably thinking that they have some new revenue sources.

Arizona Republic:  Prospective Phoenix owner needs to show his face.  He absolutely needs to show up for tonight’s Game 4 contest against the Wings.  I don’t think the Coyote fans are going to buy any more excuses that he has a scheduling conflict.

Detroit Free Press:  Let sleeping Coyotes lie in the sun…..and pack for Winnipeg.  According to Red Wing stats, when they sweep a series they have made it to Stanley Cup Finals (5 of last 6 times).

Winnipeg Free Press:  A public sit-down?  This must be serious.  I agree with Lawless.  I don’t see the GWI changing their position, and I don’t see how the COG can afford to change its, so it would appear this meeting is done before it’s happened.

National Post:  We want them to have a team back, just not the Coyotes.  The Post has a Q & A with the President of the Coyotes booster club.  There is obviously a very dedicated base of Yotes supporters but as can be seen in the attendance figures, there just aren’t enough of them.

Arizona Republic:  Glendale Mayor to meet with Goldwater.  Normally you’d want to be a fly on the wall, but courtesy of the GWI demand to keep the meeting open, we will be privy to all that goes on during the show down on Thursday at 3 pm.

TSN:  Coyotes facing two uphill climbs in 1st round series.  At this point the team can only try and control their own destiny by winning Game 4 in Glendale.

Globe & Mail:  TV market could prevent Coyotes’ move to Winnipeg.  A very interesting article from Shoalts.  Would seem to run counter to what was reported yesterday by the Globe & Mail’s Bruce Dowbiggin.  Bruce will be joining the guys on IC Radio this Saturday, April 23rd.


Toronto Star:  U.S. television deal a financial win for the NHL.  Not sure why he needs to slip in the little jab at the Peg towards the end of his article.

Either way, the league will be moving to a market that will require a slice of revenue sharing from the day it begins operations and will be a major drop in the Canadian dollar away from uncertainty.

Fox Sports:  Hulsizer camp says “We’re still here”.  As he say in the article, apparently rumours of the demise of the deal were overstated.  I still don’t think it’s going to happen, but you never know. 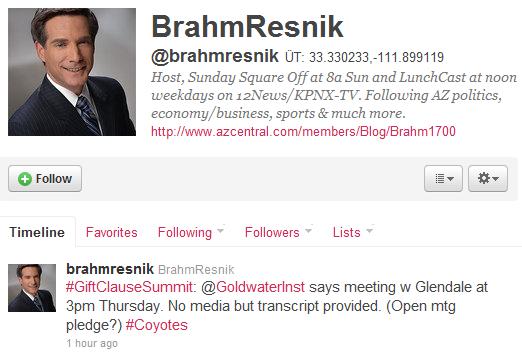