Drama in the Desert: Everything you did or didn’t want to know about the organizations, individuals and terms involved in the Phoenix Coyotes drama

While this situation has been ongoing for the last 15 2 + years, there have been a wide variety of organizations, people, reporters and terms that have been involved in the Drama in the Desert.  In order to gain a better understanding of the entire situation we at IC have compiled a comprehensive list of all the relevant people and topics in this soap opera.

COG – City of Glendale or Council of Glendale.  Made up of Mayor Elaine Scruggs and her merry band of councilors.

Goldwater Institute – Public watchdog group that has held COG’s feet to the fire to ensure that public funds won’t be used to keep the Coyotes in Arizona.  Run by CEO Darcy Olsen.

Arizona Hockey Holdings LLC – A Delaware limited liability company which was formed by Matthew Hulsizer to purchase the Phoenix Coyotes.

Ice Edge Holdings LLC – A company formed to acquire the Phoenix Coyotes.  They are currently seen as a minor partner of prospective Coyotes owner Matthew Hulsizer.

National Hockey League– The top professional hockey league in the world, founded in 1917 and currently composed of 30 member clubs.

Phoenix Coyotes–  One of 30 teams playing in NHL, formerly known as the Winnipeg Jets, which moved to the Desert in 1996.  The Coyotes have been owned by the National Hockey League since June 2009, after previous owner Jerry Moyes declared bankruptcy.

Matthew Hulsizer – Prospective owner of the Phoenix Coyotes who has attempted to acquire the team via a bond issuance.

Gary Bettman – Commissioner of the National Hockey League.  Bettman has tried everything in his power to facilitate a deal between insert name here ___________ and the City of Glendale to help keep the Coyotes in the desert.  He has run into countless obstacles in his quest to save the Coyotes, including his most recent headache, the Goldwater Institute.

Bill Daly – Deputy Commissioner of the National Hockey League and Gary Bettman’s right hand man in New York.  Most recently, Daly traveled to Glendale with Bettman in March to help convince the Goldwater Institute to back off.

Elaine Scruggs – Mayor of Glendale, Arizona and the driving force behind keeping the Coyotes at jobing.com arena at any cost.

Phil Lieberman – Represents the Cactus district on the Council of Glendale and is easily the most entertaining/noteworthy member of said group.  Flopped on the vote to Save Coyotes as a result of a plea by little Logan Wade (see below).

John McCain – Senior Senator from Arizona who is using up his political capital to try and sway the Goldwater Institute into dropping its pressure on the bond sale.

Daryl Jones – COO of Ice Edge Holdings LLC, acted as group’s primary spokesperson.  His was the business tapped by the NHL (after Reinsdorf bailed) to purchase the Coyotes from Bankruptcy although they failed to raise sufficient funds to accomplish same.  His role has been downgraded to minority partner of Hulsizer’s.

Jerry Reinsdorf – Owner of the MLB’s Chicago White Sox and the NBA’s Chicago Bulls.  The NHL was hoping he would purchase the Coyotes from bankruptcy.  Was approved to purchase the team back in July of 2009 for 148 million although he subsequently dropped his bid in August of 2009.

Darcy Olsen – Serves as president and CEO of the Goldwater Institute, an Arizona based watchdog group with a focus on conservative policy in the United States. 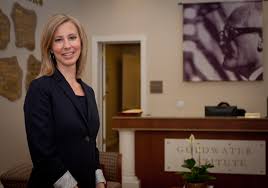 Clint Bolick – Serves as director of the Goldwater Institute’s Scharf-Norton Center for Constitutional Litigation in Phoenix.  Was accused of bias after he joined a “Bring home the Jets facebook group” by Goldwater detractors.

Mark Chipman – Governor of the Manitoba Moose of the American Hockey League and Chairman of the Board for True North Sports & Entertainment.  Chipman brought the Moose (at the time part of The International Hockey League) to Winnipeg in 1996 after the NHL’s Winnipeg Jets left for Phoenix.  Chipman was the driving force behind the MTS Centre project, the city’s 15,000+ seat sports and entertainment facility which is the current home of the Manitoba Moose.

David Thomson – Chairman of Thomson Reuters, who is estimated to be the 19th richest person in the world (approximate family net worth of $19 billion dollars).  Thomson is a silent partner in True North Sports & Entertainment.

Darren Ford – Is the owner of Jetsowner.com and the Return of the Jets forum.  Has created an online community for those wanting to see/discuss the return of NHL hockey to Winnipeg.  Also created the first Jets-O-Meter, which was subsequently used by TSN.

Little Logan Wade – A 7-year-old boy and hockey fan who famously wore an over sized Phoenix Coyotes Doan jersey to a Glendale City Council meeting in May, 2010.  Little Logan successfully urged Phil Lieberman and other COG councilors to pass a resolution to guarantee $25 million US to keep the Coyotes in Glendale for the 2010-11 season.

David Shoalts – Globe & Mail reporter who has covered this story more extensively than anyone.

Gary Lawless – Columnist for the Winnipeg Free Press who appears to get to the breaking news about this story quicker than most.

Pierre LeBrun –  ESPN.com NHL columnist and CBC ‘Hot Stove’ regular who usually has the goods from the NHL.

Scott Burnside – ESPN.com NHL columnist who has been a big proponent of keeping the Coyotes in Arizona.

Rebekah L. Sanders– Reporter for the Arizona Republic who has covered the Phoenix Coyotes ownership situation on the ground in Glendale.

Todd Walsh – Fox Sports Arizona reporter and longtime member of the Coyotes broadcast team (14 seasons as radio host and 11 as television host) who appears to spend a lot of his time trading verbal barbs on twitter with folks from Winnipeg.

IC Radio on Sportsradio 1290 – Rich, Drew, Ez & Michael have been bringing all the latest info, every Saturday morning from 9 am to 12 pm cst.

“Brain dead simple” – Term used by Matthew Hulsizer during an interview with Todd Walsh ostensibly directed towards facilitating understanding of his offer to the Goldwater Institute.

Chilling – Is often described as a situation where speech or conduct is suppressed by fear of penalization at the interests of an individual or group.  In this case it is what the Goldwater Institute has been accused of doing to the bond market.  Fairly sure that you could play a drinking game for every time someone opposed to Goldwater uses this term in a speech.

“Deal will close in two weeks” – This positive expression of hope has been uttered countless times over the past few years as every bit of news leads someone to inevitably say that the deal should be done “within two weeks”.

Jets-O-Meter – Is a creation of Darren Ford, later modified and used by TSN, which when it goes up or down a few points, is liable to send 1/2 of Winnipeg into a frenzy.

Gift Clause – The aspect of the Arizona constitution that Goldwater feels is being violated by the deal between Hulsizer and the COG.

Turken v. Gordon (CityNorth subsidy case) – This is the case that the Goldwater Institute is using as its precedent for why the deal violates the gift clause.

Municipal Bonds –  A bond issued by the city.  In this case it is the vehicle with which the COG will create 100 million dollars, which Matthew Hulsizer will use towards the purchase price of the Phoenix Coyotes.

Parking Rights – The Coyotes deal hinges on the parking rights.  It is still being debated as to who owns them and who can sell them to the other side.  But basically the COG is trying to sell $100 million in municipal bonds, which money would go to prospective owner Matthew Hulsizer to put toward the team’s purchase price from the NHL.   In exchange, the City of Glendale would own the parking rights at Jobing.com Arena and naming rights to the parking area. 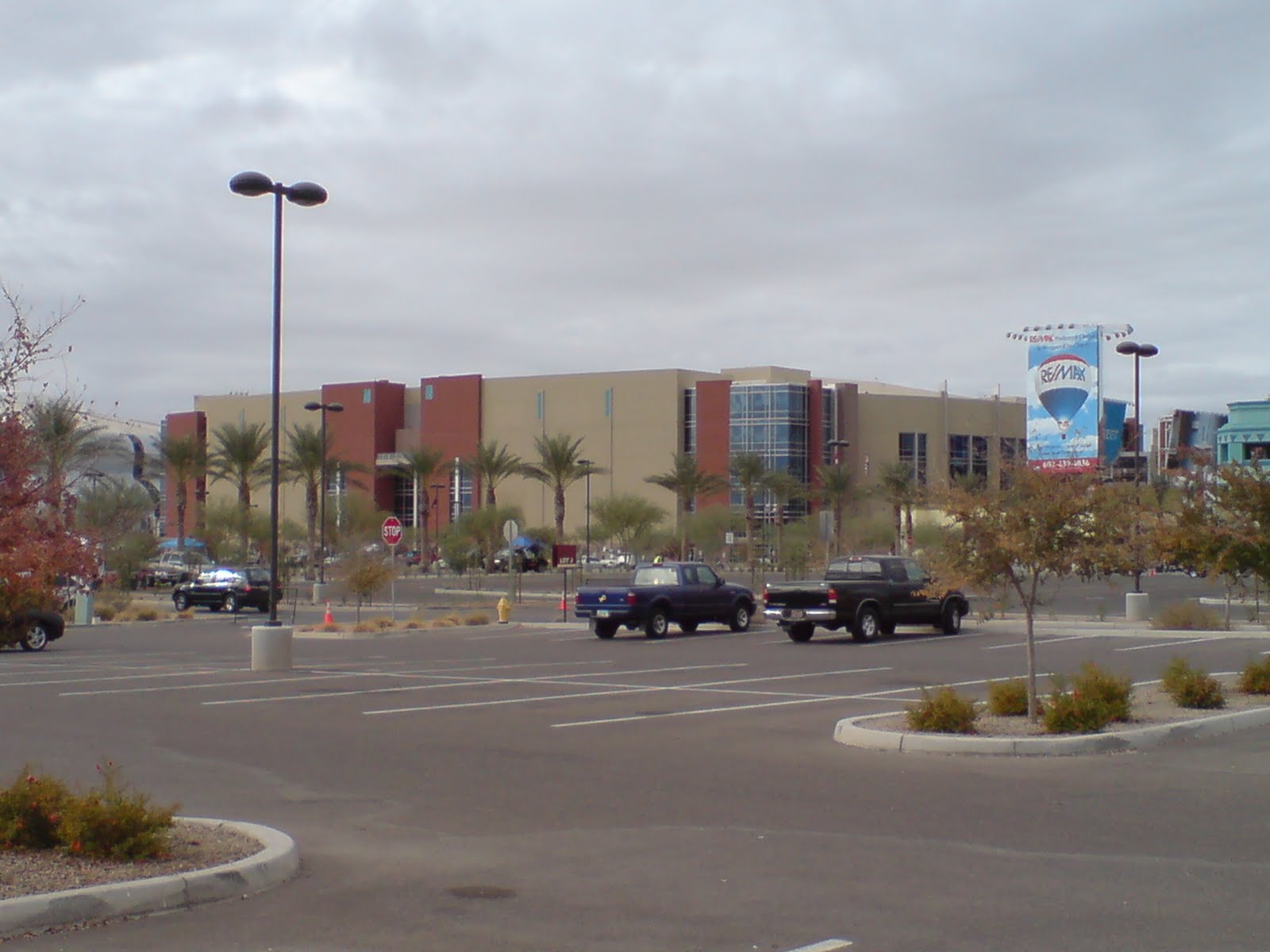 And that in a nut shell are some of the people, organizations, reporters and terms that have been used over the past 2+ years while the drama in the desert reigns.

If you feel that something has been left off the above list, feel free to send us a tweet @illegalcurve, email us or leave us a comment.