Drama in the Desert: ESPN’s Pierre LeBrun talks about options other than Hulsizer which can save Yotes, Coyotes focus on Datsyuk not Peg, Deja Vous for Coyotes & fans.

Phoenix Business Journal:  Hulsizer not folding or raising bid in Coyotes ownership drama.  Should be very interesting to see if he shows up at tonight’s Game 3 in Glendale. 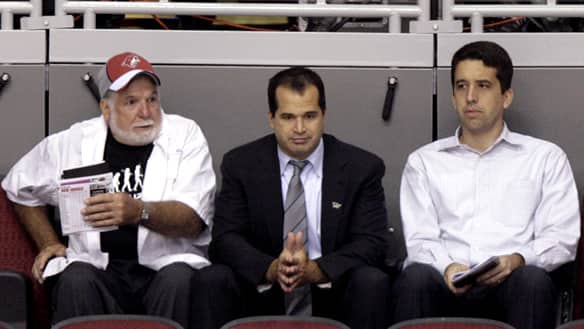 Globe & Mail:  Are these the Coyotes final days in Phoenix?  Another very good article by James Mirtle.  Most Peggers are just happy that both forks in the road seem to terminate in Winnipeg.  While there will likely be a whiteout tonight in Glendale, how many of those fans will be cheering for the Winged Wheel?

The Province:  5 Million for TNSE if Yotes stay.  Looks like TNSE won’t go home empty handed regardless of outcome in the desert.

It seems the Phoenix-Winnipeg soap opera is going to reach some kind of resolution in the next week to 10 days. The league is going to announce an agreement that the Coyotes’ move back to the ‘Peg has been approved to exert pressure on the city of Glendale. If they can save the deal, the ‘Yotes will stay in the desert. If not, they move to Winnipeg but at least Manitoba Moose owner Mark Chipman and his partner David Thomson won’t walk away empty-handed.

They’ll get $5 million for their role if the Coyotes stay put, then they’ll wait for Atlanta. Not a bad deal.

Winnipeg Free Press:  Sifting through fact, fiction & fantasy.  So what we have here is a three way tie and it’s time to send your best player for the shootout,who will win is anyone’s guess.

Arizona Republic:  Coyotes again facing Red Wings as future in doubt. Rebekah Sanders again does an excellent job painting a picture for the reader.  And yes, this surely does feel like deja vous.  Although for Pegger’s they probably are thinking of 1996, whereas Arizonans are thinking of 2010. 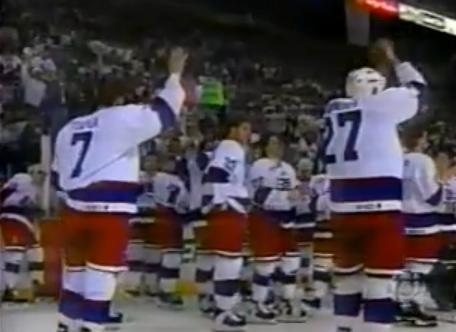 Winnipeg Free Press:  Coyotes worry about Datsyuk, not Winnipeg.  I’d say that they are better off trying to worry about something within their control, but if you watch Datsyuk’s on-ice wizardry, I’m not sure they can control him either.

ESPN:  Coyotes need to look to past to win.  Still can’t figure out what these “other possible options” are that Pierre LeBrun mentions.  If not Hulsizer, then who/what?

Fan 590 radio speculating that the team name (possible option seen below) and jersey has been designed and that the new team will be called the Manitoba Jets.  IC will have a feature on a future team name but for right now our preliminary thoughts are that first and foremost, it is important to remain focused on what this means (NHL hockey returning to Winnipeg).  Secondly, the above name would still allow us to chant “Go Jets Go”, and I think that is what most Manitoban’s would want.  Of course we’ve also heard that the name is Manitoba Falcons, Winnipeg Jets, Manitoba Warriors and a plethora of other names.  What are IC readers thoughts on this as the name for a future NHL team based in Winnipeg?

Letters to the Editor:

Winnipeg Free Press:  Try a little tenderness.  A very valid point made by this resident of Arizona to people who support a return of NHL hockey to Winnipeg.  The internet has brought many great things, but the anonymity of the net has also resulted in the death of civility. 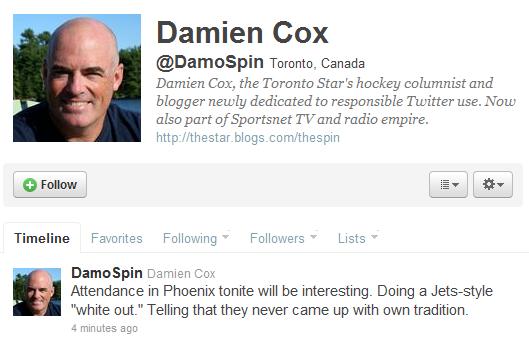