Drama in the Desert & Dixie: Yotes vote goes tomm, will Atlanta decision be postponed till next season

TSN:  Dave Naylor reporting via twitter that Goldwater’s lead attorney on the Coyotes case will be at meeting tomorrow night and will address city council. 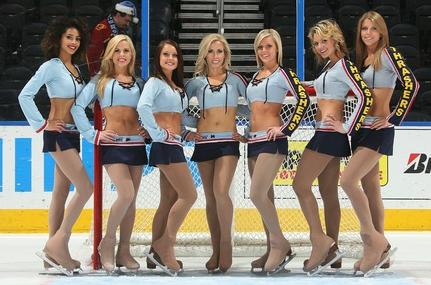 One thing which will be a must if it is indeed the Thrashers relocating and not the Coyotes, will be the transfer of the Atlanta Thrashers Blue Crew to Manitoba.  Reminds me of a post from 2009 discussing cheerleading in hockey.

Winnipeg Free Press:  NHL in Winnipeg answer coming quickly.  Lawless key point appears to be, even if you manage to save the team in Arizona, how much money will the team recoup for the losses incurred.  Certainly not what an organization like True North (or Balsillie’s RIM) would have been willing to pay.

TSN:  Dreger Report.  Just when you thought this couldn’t get anymore dramatic.

Winnipeg and Atlanta are both eager to learn the outcome of tomorrow’s vote and while True North has pretty much reached its breaking point from a time stand point, there is still strong belief their patience will be rewarded in the form of NHL relocation, if not this year, then possibly next.

Forbes:  NHL should let Coyotes go to Winnipeg and keep Thrashers in Atlanta.  With the above report from TSN`s hockey Insider, it might not be either team appearing in Winnipeg for the 2011/12 season. 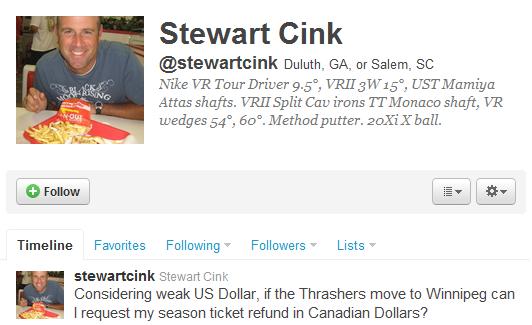