Atlanta Journal Constitution:  Uncertain future looms over Thrashers.  On the surface there doesn’t appear to be a sense of urgency that there is with the Phoenix situation.

TSN:  Dreger Report (#3).  So basically TSN’s Hockey Insider is throwing away the “one to two week” threshold and now we basically know that it will be anytime between now and June 22, 2011 (when schedule gets released).

Canoe:  More proof for Winnipeg.  Broadbeck makes some excellent points, points that I don’t understand how the ‘Think Tank’ missed.

Toronto Sun:  NHL to Winnipeg hopes just won’t die.  For everyone wondering when the news will finally break, read Paul Friesen’s account of all the stories he’s written since the bankruptcy began.  What is important, is that fans of NHL hockey in Winnipeg, continue to be unwavering in their support of the return of professional hockey to the city.  (and even those not in the city, like TBS late night talk show host Conan O’Brien, pictured here with longtime IC reader J.W., have love for the Peg’) 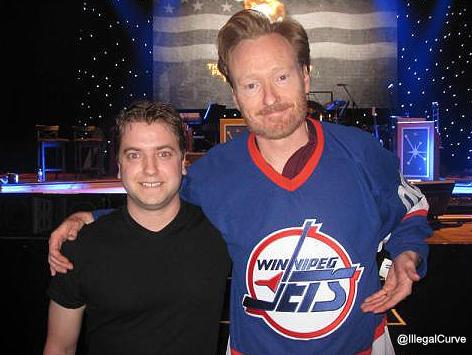 Globe & Mail:  Viability of NHL in Winnipeg and Quebec.  Pretty positive article but this one line sticks out like a sore thumb:

“It’s a wholesale city that wants everything at cost” said one former NHL owner about Winnipeg.

Toronto Star:  Loonie boosts odds of NHL success in Canada.  Paying players in US dollars is a lot easier on the bottom line when the dollar is 5 cents above par instead of 35 cents below par.

Hamilton Spectator:  It takes more than fans to make it in the big leagues.  It would be a lot harder for the NHL to deny Hamilton if they had a building like the Sprint Center in Kansas City.

Yahoo Sports:  If Nashville can make NHL work, why not Phoenix?  The nice thing for Nashville, is in terms of major league sports dollars, they only have the NFL’s Tennessee Titans to compete with whereas Phoenix has 3 other professional teams to compete against. 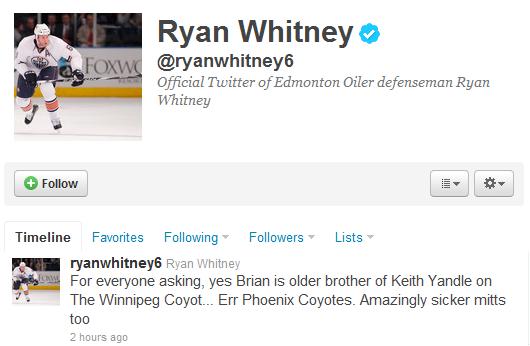 Drama in the Desert & Dixie: Pizza battle over support for the Jets, Nashville example of small market that works,
Return of the Jets: Top 5 choices to be Winnipeg’s 1st Home Game opponent?