The Moose are shorthanded this series with Kristian Vesalainen up with the Jets and David Gustafsson and Dylan Samberg both dealing with injuries. The infirmary got two new additions after their last game with Jimmy Oligny and Leon Gawanke being labelled as out of the lineup with injuries.  Which meant the local AHL squad were forced to dress a 13 forwards and five defenceman in the third game of this four-game series with the Senators.  And it didn’t hit me until I was writing the recap that the fifth Dman was Victor Hadfield who is a winger (who has played a little D but not at the AHL level). 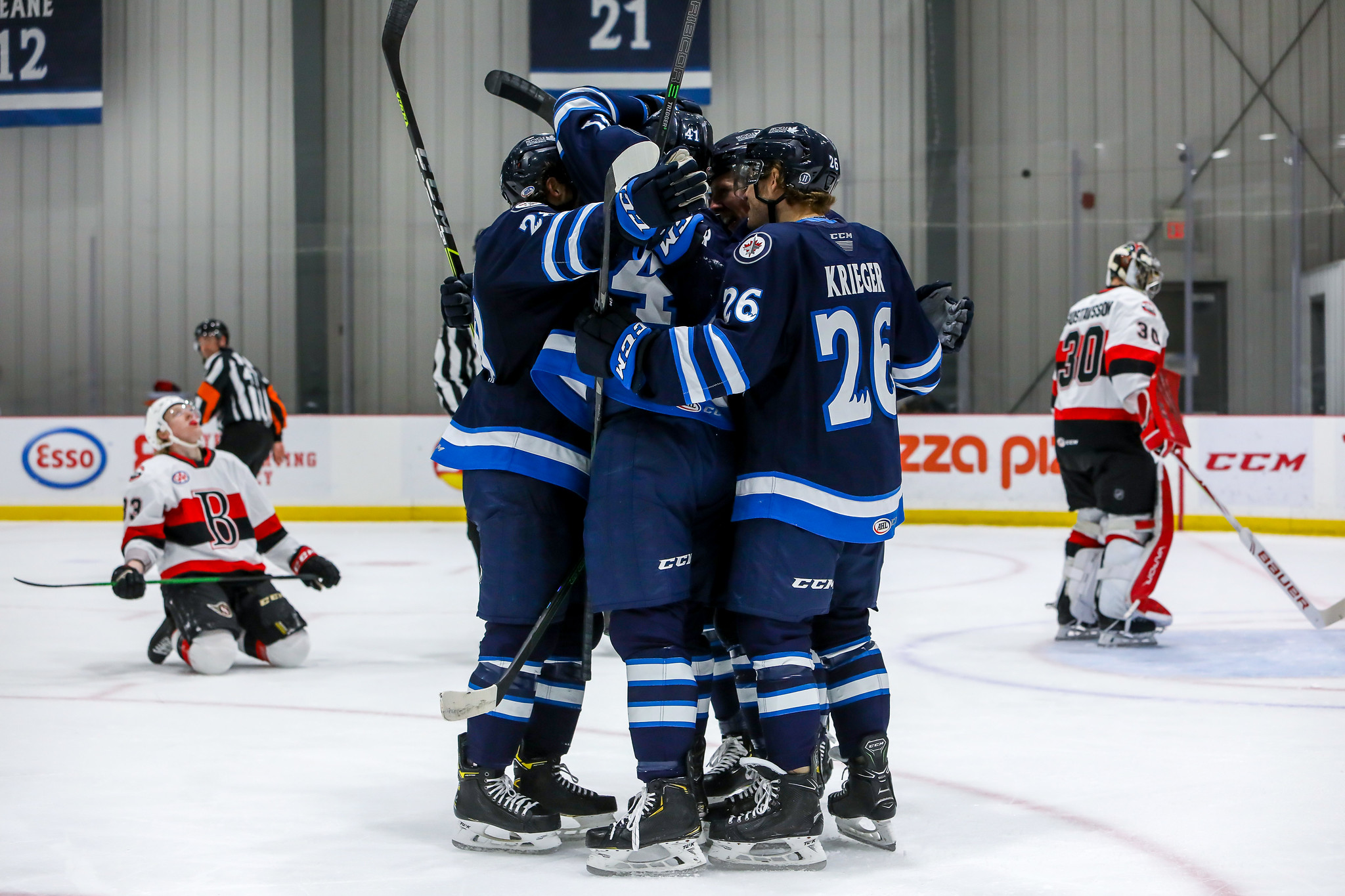 Rookie Jeff Malott became the first Moose player to double digits in goal as his 10th of the campaign was the OT game-winner. He leads all AHL rookies in goals.

The Moose have a media availability on Sunday morning before they close out their four-game series with Belleville on Monday.

Report: Winnipeg Jets sign goalie Cole Kehler to a contract for remainder of the 2020-21 season
Moose total team effort led the way as they dismantled the Senators 5-1