Report: Winnipeg Jets sign goalie Cole Kehler to a contract for remainder of the 2020-21 season

The Altona, Manitoba product earned his first AHL win and now has himself an NHL contract.

Goalie Cole Kehler was inserted into the Moose lineup on Thursday night to start the 2nd period with Manitoba trailing Belleville by a goal despite outshooting the visitors 22-15. 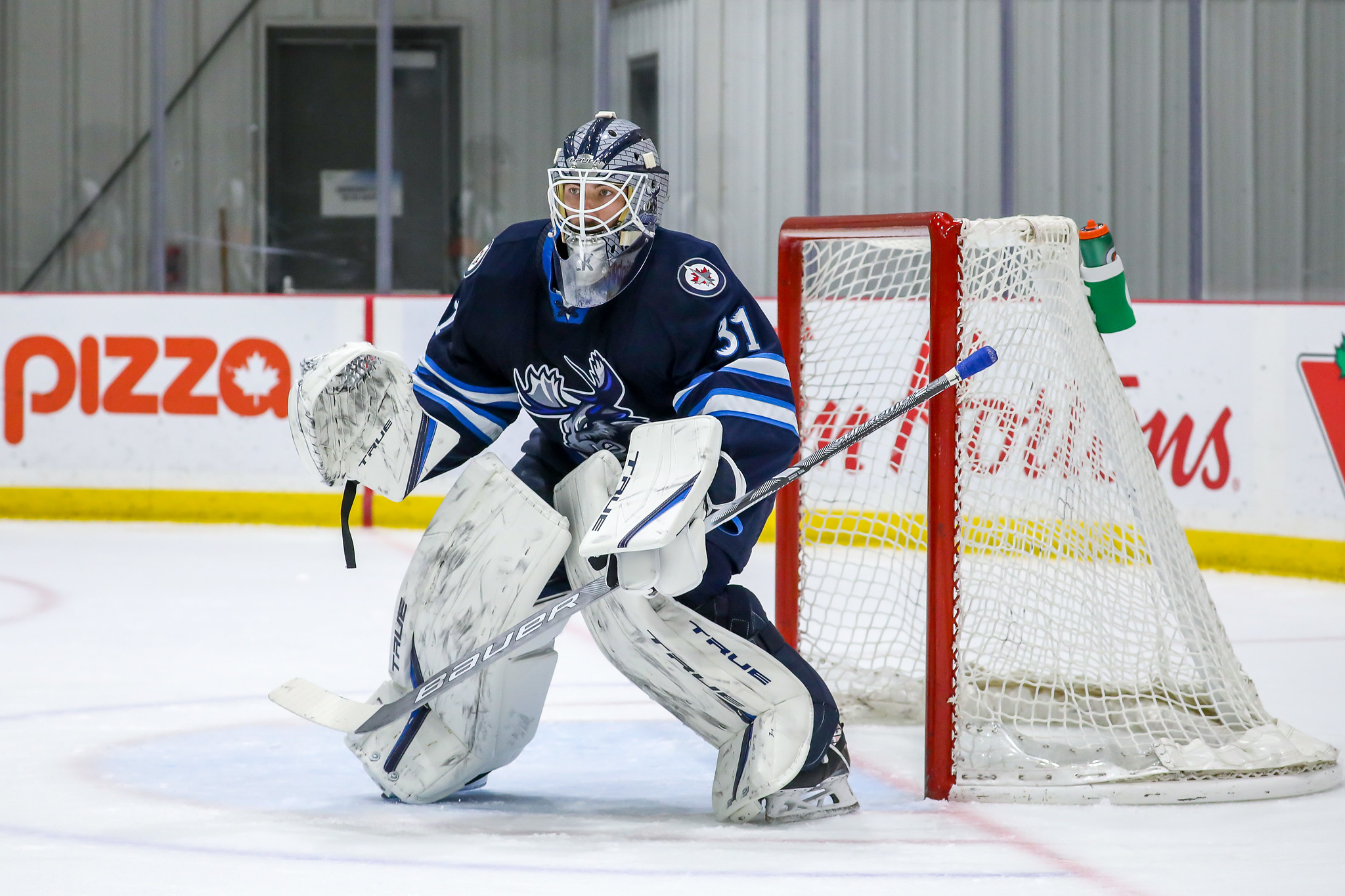 It was a less than ideal start for the Altona, Manitoba product who gave up a goal on his first shot. He would settle in making eight saves of the next nine shots he faced. Which was good because it put his team in a position to comeback which is what they did in the 3rd period outshooting the Senators 18-3 and outscoring them 4-0 to win it 8-5.

It was Kehler’s first win in the AHL in his first game for the Moose and just the second ever AHL game he has played (the first time was last season for the Ontario Reign where he came in in relief and played just eight minutes).

He originally signed an AHL deal with the Moose prior to the start of this season.