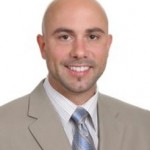 Vincent has front office experience as well, as he was the GM in Cape Breton in 2007, so successful that he was awarded the Maurice Fillion trophy as the top General Manager after overseeing a Screaming Eagles team that reached the 3rd round of the playoffs backstopped by current Winnipeg Jets goaltender Ondrej Pavelec.

Vincent’s coaching stats after the jump.