A look at the Winnipeg Jets schedule down the stretch

The Jets have 23 games remaining but against who? Will it be easy or difficult opponents?

The race to the playoffs has been in full swing for quite some time as the Jets and a handful of other Western Conference teams battle it out for the final few post season spots in the Stanley Cup playoffs.  The Jets have just 23 games left on the schedule and we took a look at the quality of the opponents that they will face in their remaining contests. 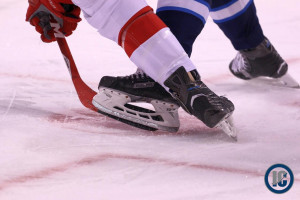 Winnipeg currently sits 5th in the West although they have played the most games (59) to date.  As I said above they have 23 games left with 10 against Western teams currently in the playoffs, four against Western teams in the hunt and one against a team well out of the playoff mix.  They have eight left against the Eastern Conference with five against teams in the playoffs, one against a team in the hunt and two against teams that are out.

Here are the specific teams they will face and they are grouped by whether the opponent is in the playoffs, in the hunt or on the outside and already thinking about next season:

It certainly won’t be an easy schedule for Winnipeg down the stretch as they try and make the playoffs for the first time since the move to Winnipeg and just the second time in the Thrashers/Jets history.

In case you were concerned that the four teams outside the playoffs (LA, Minnesota, Dallas and Colorado) looking in will have an easier time than the Jets here is how their remaining games breakdown: