It will be a roster of 30 guys to start. 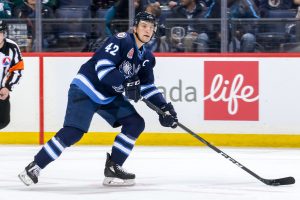 Unlike the NHL the AHL doesn’t have a roster limit so when the Moose announced their 2019-20 roster today it has 30 players listed.

Lots of Jets prospects to watch including:

As well as these two interesting imports:

Five of the forwards signed PTOs including:

However they won’t be able to ice more than a 20 men for tonight’s contest against the Rampage in San Antonio to kick off the 2019-20 season. Puck drop is at 7 pm.