Read and listen to the comments newly signed Zach Bogosian had after the Jets signed him for seven more years.

Let the celebrations begin as the last of the big three RFAs was signed today as the Jets announced they had signed Zach Bogosian to a seven year contract. 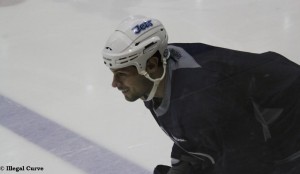 – Didn’t have the best start to my career and the Jets believed in me. Wanted to be in Winnipeg long term.

– My job to go out there and help the team win. Really excited to be here for 7 years. Really happy that Little & Wheeler signed as well

– #1 goal is to win a championship. We’re a better team now. It’s felt like home for me since I arrived in Winnipeg. First class org.

– Want to be the best player I can be. Committed to hard work and to the team. Have to move forward as a group.

– Looking forward to moving forward as a group. Charlie Huddy has been a tremendous influence on me since day 1.

– Have felt comfortable in Winnipeg, in the city and in the dressing room. Always felt the long term deal would get done.

– Very humbling that Winnipeg wanted me there long term, as I wanted to be there as well.

– Being an outdoorsman, Winnipeg is a great place for that. Great hockey town. Exciting city to live in.

– Always nice to be back in Winnipeg. Been here 3 or 4 times this summer already.

– I’m worrying about playing my best every single game, and hopefully that will be enough to impress Team USA staff for Sochi Olympics.

– Always thought of myself as a leader, both on the ice and vocally. Not going to change how I act.

– I’ll play wherever the team wants me to play, left side or right side. Haven’t been asked to but we’ll see where that goes.

– I see myself as a leader, regardless of the fact I may not have a “letter” (Assistant Captaincy) on my jersey.

– I think we need to be harder to play against, and be better defensively. This group has been together, and grown up together.

– I think we need to be harder to play against, and be better defensively. This group has been together, and grown up together.

– Yes I think we have what it takes to be a stanley cup contender. It’s cliche, but I believe it. This group can do good things together.

– Most of my coaches have said I’m a little high strung on the bench, but Charlie has been a good calming influence on me.