Moving to a new city is never easy. Finding a place to live, good restaurants, a new barber and a place to send your kids to school are just some of the items on the to do list. 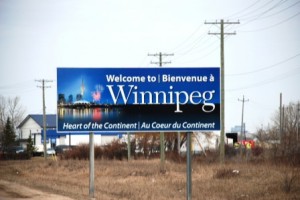 On the day the NHL Social Media Policy was announced, I felt that it was appropriate to note that several Winnipeg Jets players have been using twitter (see our full list here) to ask fans for the best Winnipeg hotspots.

A common theme among the players is asking where to have dinner. Living up to the reputation of “Friendly Manitoba”, fans & followers have been happy to help.

Read more on the story after the jump

Blake Wheeler (@BiggieFunke) started the trend on the weekend, looking for a burrito

When Andrew Ladd signed with Winnipeg, he spoke positively about the city, saying: “The people that are there are a big part of it, down to earth an real friendly” The Captain has followed the lead, and gotten some first hand help from the people by being the 3rd Jet to ask for a recommendation.

While the players could easily Google “Winnipeg Restaurants” or visit a site like Urban Spoon they have chosen a way that allows them to interact with followers.

It wasn’t so long ago, that the only way to talk with players, was to write them a letter, cross your fingers and hope that you would get one back. While it may not be an autographed hockey card in the mail, being @Tweeted by your favourite Twitterer (twitterite? tweeter?) is something that fans can show off to their friends.

No good deed goes unrewarded, and the players who have been asking for help, have politely responded.

As the season begins, fans hope to continue to interact with their favorite players on twitter (just not on game days).