Winnipeg Free Press:  Scheifele will fly high.  Everyone was worried that the Jets made a bad first choice but it looks like Mark Scheifele has allayed the worst fears of his detractors.  And any lingering worries will be offset by likely another 2 years of development (1 more year in Barrie and possibly 1 year in the AHL) before he gets to the NHL.

Winnipeg Free Press:  Life is so much better at the top.  When these guys were playing for the Moose, they always had a lot of positive things to say about the city, but the end goal was always getting out.  I’m sure Peggers’ are happy that Winnipeg is now a place guys will be fighting to stay in or get to from St. John’s.

Winnipeg Free Press:  All work, no play at MTS Centre.  I am serious when I say these guys might not be able to relax until the end of the 2011/12 season. 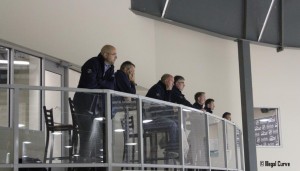 Winnipeg Sun:  Veteran likes Jets’ youth movement.  The Jets have a nice mix of young and old, and if allowed to gel together could create some difficulties in the East this season, and more likely the Western Conference for years to come.

After the jump Wellwood is a man of many roles for the Jets and the strong power play but weak penatly kill of Winnipeg.  In ‘Around the NHL‘ news the Leafs sign Luke Schenn, Kings still at odds with Doughty and is there a better guy than Teemu Selanne?

Winnipeg Sun:  Many of many roles for Jets.  Watching Wellwood in practice yesterday, he looked pretty good.  Yes it was informal, but he made some pretty nice passes.

Winnipeg Free Press:  Strong power play, weak penalty kill.  As Richard discussed a few weeks back, if the Jets can cut down on their shots allowed, the overall impact it could have is rather significant.

Toronto Star:  Leafs lock up Luke Schenn.  They signed him to a 5 year, 18 million dollar contract.  Now that Schenn and Bogosian have signed, you would imagine that Doughty is right around the corner.

Los Angeles Times:  Kings still at odds with Drew Doughty over new contract.  Can’t figure out why the Doughty camp hasn’t signed the deal.  The Kings could be a force in the Western Conference but they need complete team to make the move up the standings.

Edmonton Journal:  Is there a better guy than Teemu Selanne?  Very simple answer, no!  Simply the best (cue that song) As I said yesterday, he will blow the roof off the MTS Centre on December 17th, and that’s before he even steps on the ice.