Back to an early start time for the early group.

Following a day of scrimmage on Wednesday the early group hit the ice early this morning out at the IcePlex. 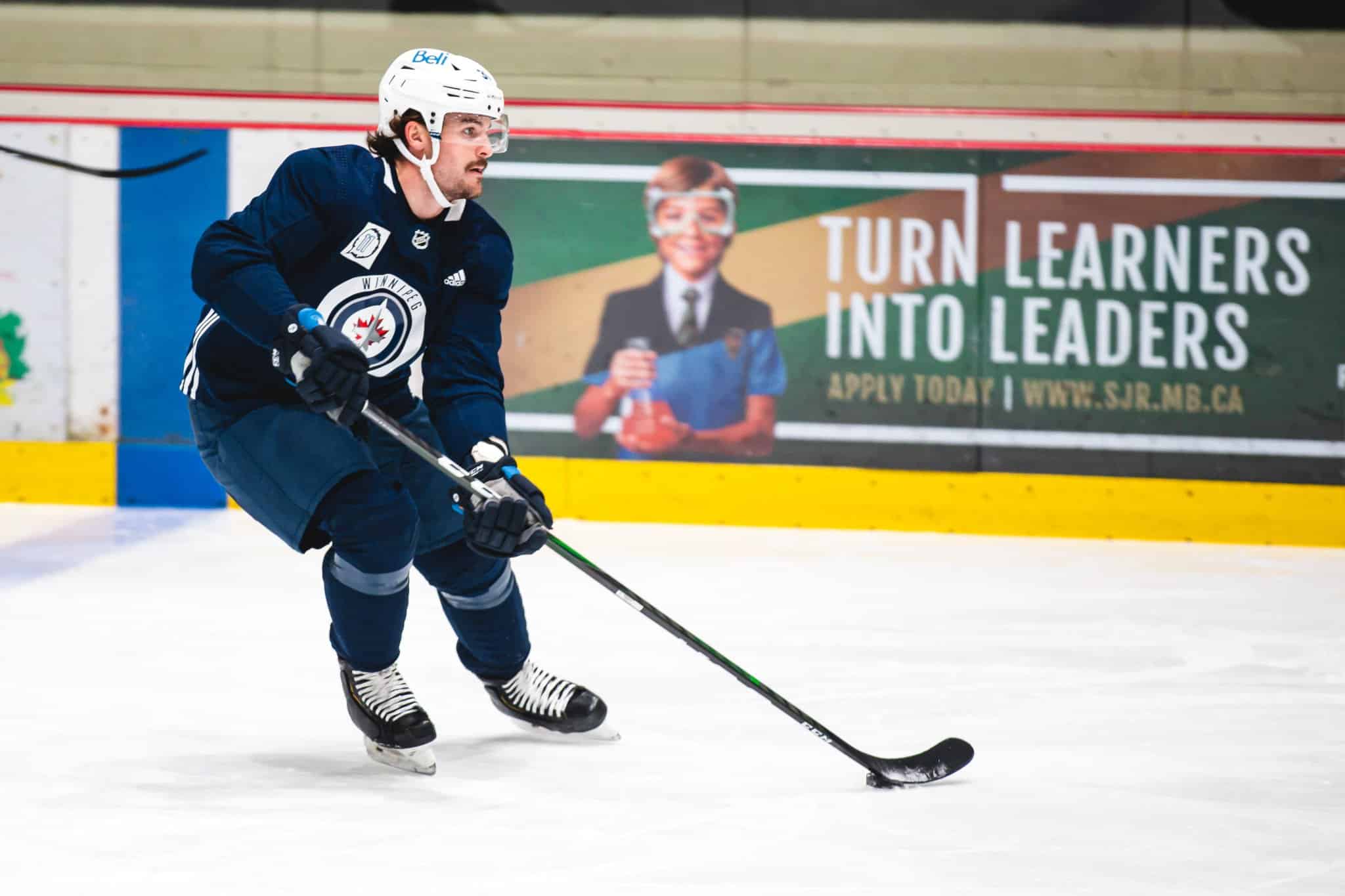 Logan Stanley re-joins the group with Tucker Poolman healthy again. As well Mathieu Perreault, who was listed as ‘unfit to practice’ on Wednesday, is skating and Kristian Reichel, who went up to group 1 for Perreault, is back with Trevor Lewis joining group 1.

According to Jamie Thomas of Jets Radio centre David Gustafsson remains in a non-contact uniform.  As well he added that Mathieu Perreault is wearing a regular blue uniform.