The non-playing groups hit the ice in Winnipeg for a skate.

With 21 players heading to Edmonton as part of the playing group for tonight’s first pre-season game for the Jets the non-playing groups hit the ice at the IcePlex for skate. 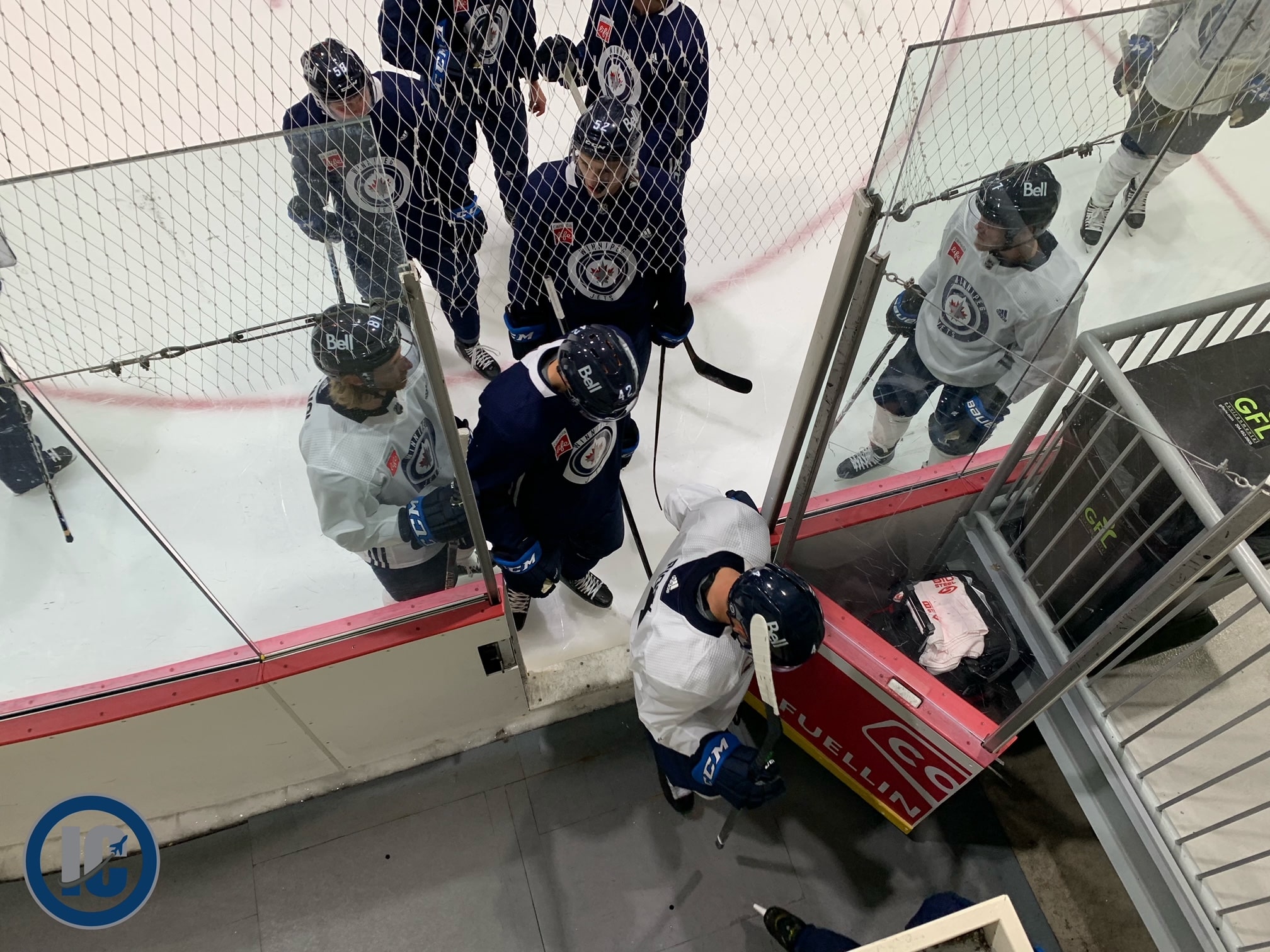 Lots of drill today as the groups combined into one large practice as opposed to the two originally scheduled.

There were a trio of injured players (Brad Lambert, Wyatt Bongiovanni and Morgan Barron) who skated by themselves as they continue to work back towards returning to skating with the main group.

Following practice coach Rick Bowness indicated that he is hopeful that Lambert and Baron can join the team for next skate. Sounds like Bongiovanni, who was wearing a face shield, is going to be a bit longer.

In the game notes that the Jets released it listed Dan Robertson as doing play by play for tonight’s game. Without an official announcement from TSN it isn’t yet “official” but obviously Dan will be the new play by play voice and you should watch the broadcast tonight to hear it from him.

The team will fly to Edmonton to take on the Oilers. Puck drop is at 5 PM and the game can be watched on TSN 3.