Team Hawerchuk was first to hit the ice.

Winnipeg Jets training camp is officially underway out at the IcePlex with the Jets players split into two groups (Teams Hawerchuk and Steen). 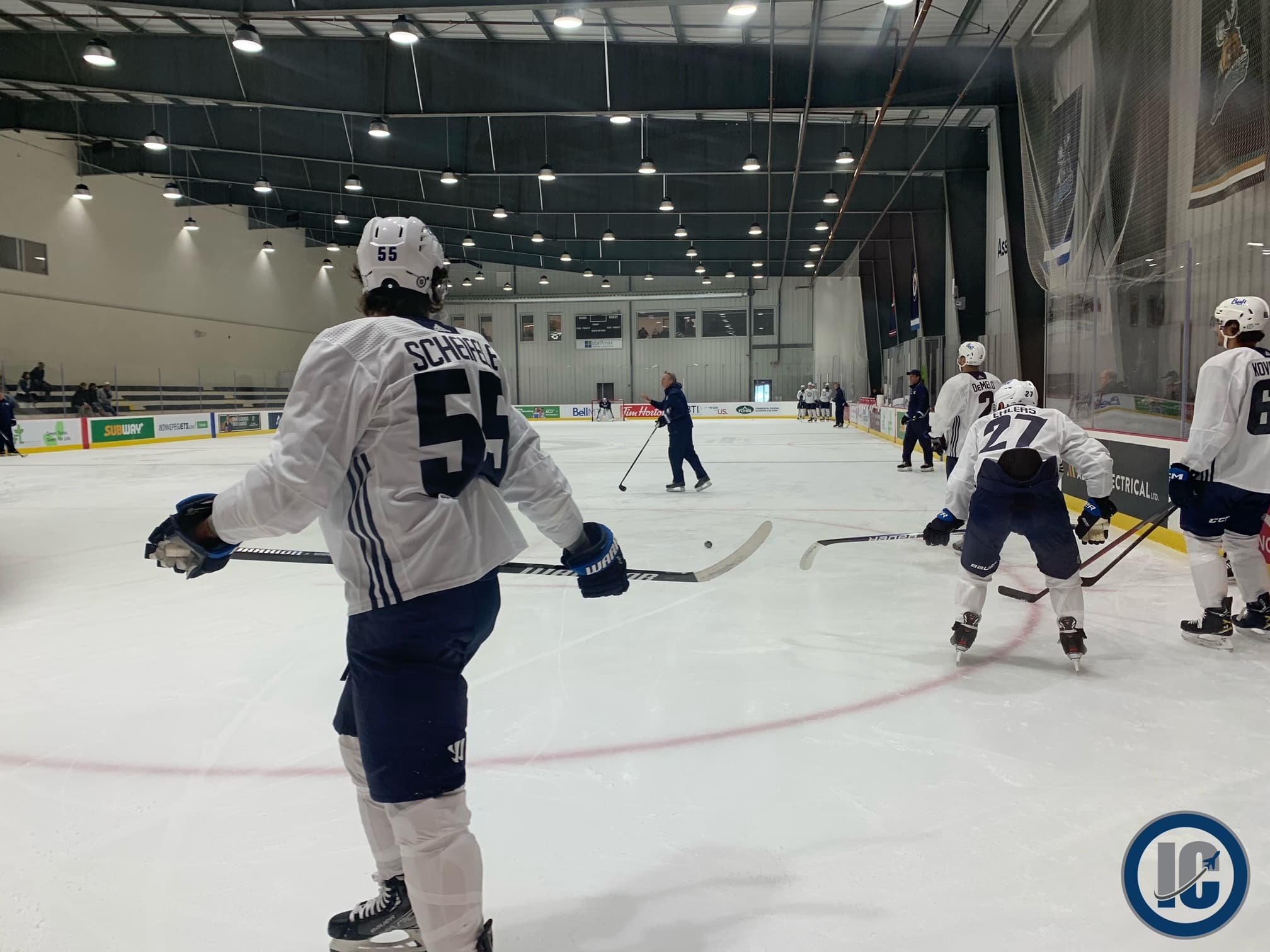 Team Hawerchuk started at 10 AM:

Lots of intensity from new Jets bench boss Rick Bowness who was smacking his stick on the ice during the first on ice session with his new club.

And while I may have been too busy yapping to pay attention to the lines and D pairs thankfully some of the other guys were not. As per Mike McIntyre of the Winnipeg Free Press they looked like this:

The afternoon crew is underway at the IcePlex. Again as per Mike McIntyre of the Winnipeg Free Press they looked like this:

Day 2 of camp starts tomorrow at the IcePlex at 10 AM with Team Steen getting the early start.