The Californian is heading back to his home state after being traded to the Ducks organization. 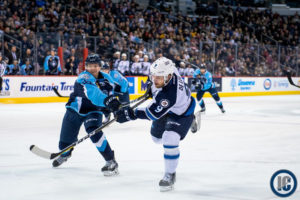 While the news of the early Saturday morning Mason/Armia/picks trade to Montreal was still reverberating through Winnipeg the Jets announced another deal on Saturday sending their 2014 4th rounder (99th overall) Chase De Leo to the Anaheim Ducks for Nic Kerdiles.  Kerdiles is a Texas native drafted by the Ducks in the 2nd round back in 2012 and like De Leo has spent the majority of his career in the minors.

In three pro seasons with the organization De Leo managed to get into two NHL games with the Jets in 2015-16.  After dealing with an injury in the midpoint of this past regular season, De Leo really stepped up his game in the 2017-18 post-season for the Moose finishing as the team’s leading scorer.

He was excellent in this community and specifically noteworthy was his support of the Winnipeg Humane Society.  Whether it was the Moose Backyard Rink (when the temps are usually very cold) or the Moose day at the Zoo, he embraced his time in Winnipeg. 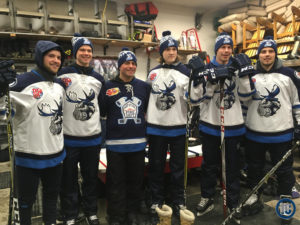 Here is his parting tweet to the city and fans:

Thank you Winnipeg for the last 3 years! I’ve made memories that’ll last a lifetime with unbelievable teammates & awesome fans! I’m beyond excited for this new opportunity at home with the team I grew up watching and going to games as a little kid!

For De Leo, who is a native of California, it will be an opportunity to return to his home state and play professional hockey in front of friends and family.