Watch away games at the Jets home rink. 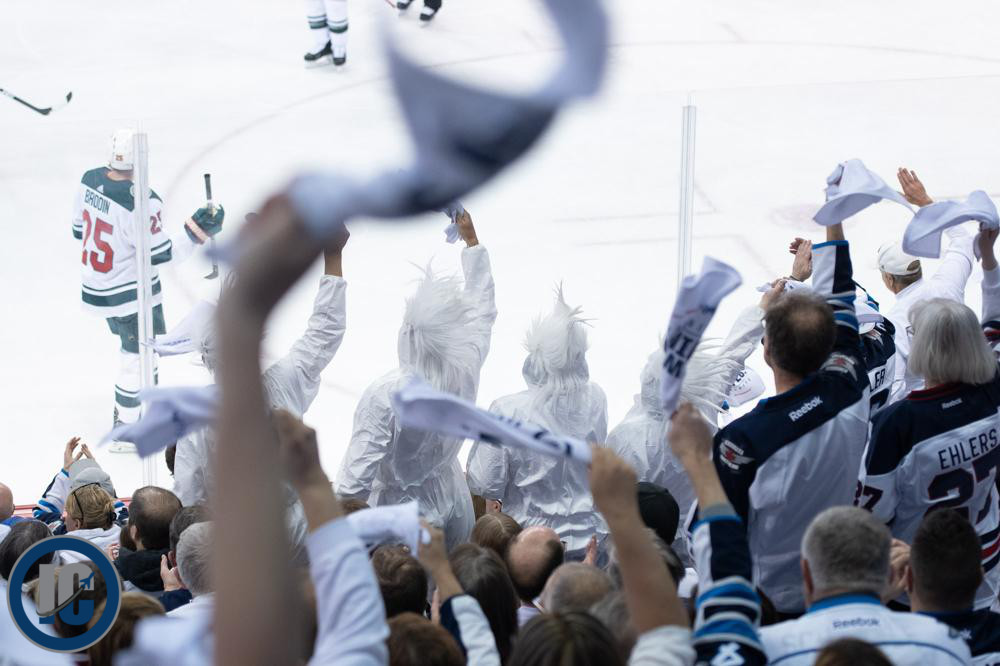 There won’t be players on the ice but fans will have a chance to come out and watch games at Bell MTS Place together.

Fans will have the chance to unite in white for Winnipeg Jets away games as Bell MTS Place plays host to #WPGWhiteout Viewing Parties for Round 2 of the Stanley Cup Playoffs.

The second round matchup between the Winnipeg Jets and Nashville Predators will begin with Game 1 in Nashville on Friday, April 27 at 7 p.m. CT. Game 2 date and time are still to be determined and will be announced by the NHL following tonight’s Boston vs. Toronto game.

Bell MTS Place, will open its doors one hour prior to puck drop with the game’s broadcast shown on the four centrehung scoreboard screens. All concessions, including on the upper concourse, will be open to accommodate an anticipated full capacity crowd at Bell MTS Place.

It is expected the national television broadcast of the Jets vs. Predators game in Nashville will feature live shots from the #WPGWhiteout Viewing Party in Winnipeg. As always, fans are encouraged to wear white and everyone in attendance will receive a “We Are Winnipeg” rally towel. Fans will enjoy many prize giveaways, including Winnipeg Whiteout Playoff Gear.

Viewing Party tickets for the first two games of the second round series will go on sale on Thursday, April 26 at 1 p.m. CT. Viewing Party admission will be $10 per ticket for reserved seating, including all fees, with proceeds benefitting the True North Youth Foundation.