Check out the latest from the Jets practice at the Bell MTS Place. 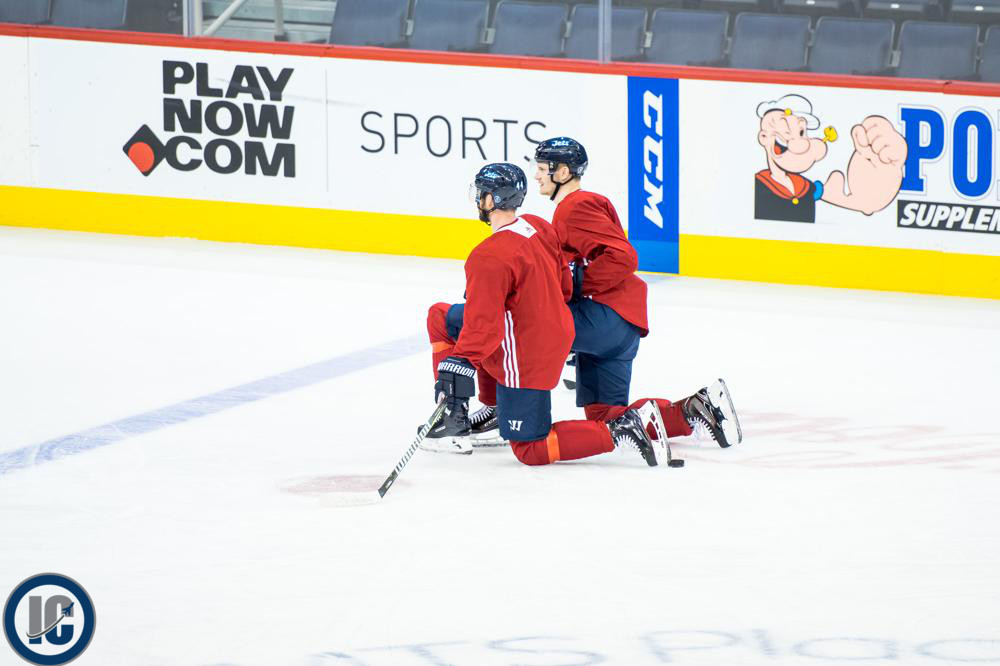 The Jets take to the ice here in Winnipeg for a final practice before taking off to Nashville later this afternoon.  For now all we know is game 1 is Friday night at 7 pm in Tennessee as we await the completion of the 1st Round of the playoffs.  All eyes will be on Bell MTS Place ice to see who is on the ice and what colour jersey they are wearing.  Tobias Enstrom and Nikolaj Ehlers have recently ditched the yellow non-contact for normal unis while Joel Armia donned a yellow non-contact.  Steve Mason has been on the ice as well.  Still haven’t seen Mathieu Perreault or Dmitry Kulikov.

Here is how things looked based on yesterday’s skate.  They will be updated (if need be) once the team begins to practice.

Coach Maurice:  Can he say anything about Patrik Laine’s status?  Ho does he feel about his special teams in the playoffs?  Which will be tested more by Nashville?  Are special teams as big as ever in this series?  Players expecting not as many power plays.  5 on 5 play suiting the Jets.  On the notion of being an “underdog”.  Does the Nashville experience edge become less significant now that the Jets have won a series?  How do players stay mentally sharp during this extended break between series?  Does he seen the excitement in the young players?  How does he keep the players focused regardless of score?  How do they deal with the aggressive Nashville D?  On Bryan Little playing on the top power play unit.