The news broke when fans were checking the Jets roster and noticed a new addition to the site.

The news broke when fans checked the Jets roster on WinnipegJets.com and noticed a new addition to the roster listed on the site. 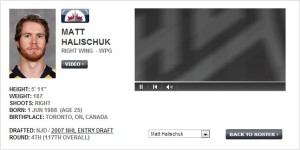