In the midst of the start of the NHL’s free agency frenzy, the Winnipeg Jets have signed centre Mathieu Perreault to a 3 year, $9.0 million dollar contract, with a corresponding yearly salary cap hit of $3.0 million dollars. 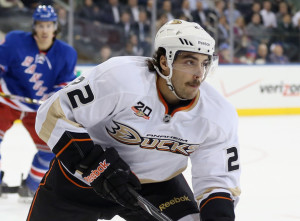 Picture is courtesy of zimbio.com

Prior to his time in Anaheim, he played parts of 3 seasons in Washington with the Capitals. He may be best known to Jets fans as a member of the Hershey Bears who won the Calder Cup against the Manitoba Moose.

Perreault spoke to the media earlier today. That interview, courtesy of TSN Radio 1290, is available here: