The second of the Jets targets was signed today as backup goalie Al Montoya has been retained. 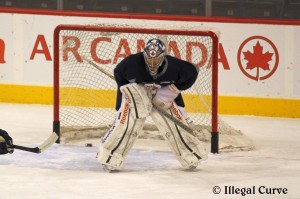 The Winnipeg Jets are pleased to announce they have agreed to terms with goaltender Al Montoya on a new contract. As per club policy, terms of the agreement were not disclosed.

Montoya, 28, played in seven games for the Winnipeg Jets last season. In that time, the Chicago, IL native earned a 3-1-0 record, 2.91 goals against average and 0.899 save percentage. He has suited up for 63 career NHL games between the Phoenix Coyotes, New York Islanders and Winnipeg Jets for a 24-18-10 career record, 2.77 career goals against average and 0.906 career save percentage.

He was originally drafted by the New York Rangers in the first round, sixth overall, in the 2004 NHL Draft.

While the Jets don’t release the details of the contract a report from TSN puts it at 1 year for 601 K.