A look at who is injured, when it occurred and when they may return.

Every single day it seems there is a new transaction report which is usually followed by subsequent moves to further augment the Jets roster. It can get a tad confusing as to who is in and out of the lineup.

The Jets have one final two-game road trip before the All-Star break. They could get some guys back for the games on the road and will also have an opportunity to have some guys heal up and return to the lineup when games resume the following week (for Winnipeg that will be a home game on February 8th against the Wild).

For now here is a look at the Jets roster currently dealing with injury (or in the case of Morrissey protocol):

He was injured back on January 2nd in a game against the Golden Knights. He was placed on IR by the team January 7th and moved to LTIR on January 25th. On the 25th when asked interim head coach Dave Lowry said “Gus is coming along but he’s not close to being a player” although he was skating ahead of practice on Wednesday.

In a game against the Wings in Detroit on January 13th he was hit in the hand by a puck. He was placed on IR by the team on January 18th. There haven’t been any updates on him of late.

The Jets last road trip began on the 18th of January with a game in Washington where they lost Ehlers to a Dmitry Orlov knee-on-knee. Darren Dreger of TSN called it an MCL sprain. The Jets put him on IR on the 20th and he was moved to LTIR on the 22nd. He is eligible to return to the lineup on February 14th.

His last game was a January 20th contest against the Predators in Nashville where he was limited to just over ten minutes of ice time. When he wasn’t in the lineup in Boston on the 22nd the conjecture was that he was a healthy scratch but the next day when they played the Penguins in Pittsburgh it was announced on the TSN broadcast that he was dealing with an upper-body injury. Interim head coach Dave Lowry indicated he was “longer than day-to-day” ahead of the game against the Panthers on Tuesday. He was placed on IR on the 25th.

Prior to the contest against the Penguins on January 23rd it was noted that he wasn’t on the ice for warm-up skate. During the broadcast Dennis Beyak of TSN announced he was missing due to injury (lower-body). Like Stanley he was also placed on IR on the 25th. However he has been skating in a non-contact uniform with the team and while he won’t play tomorrow in St. Louis he is traveling for this road trip. Interim head coach Dave Lowry , in response to a question about DeMelo and Morrissey today after practice, did say that “we’re hopeful that they will play one game on the trip but it won’t be tomorrow”. So it sounds like he also could be back for the game against the Flyers this coming Tuesday. 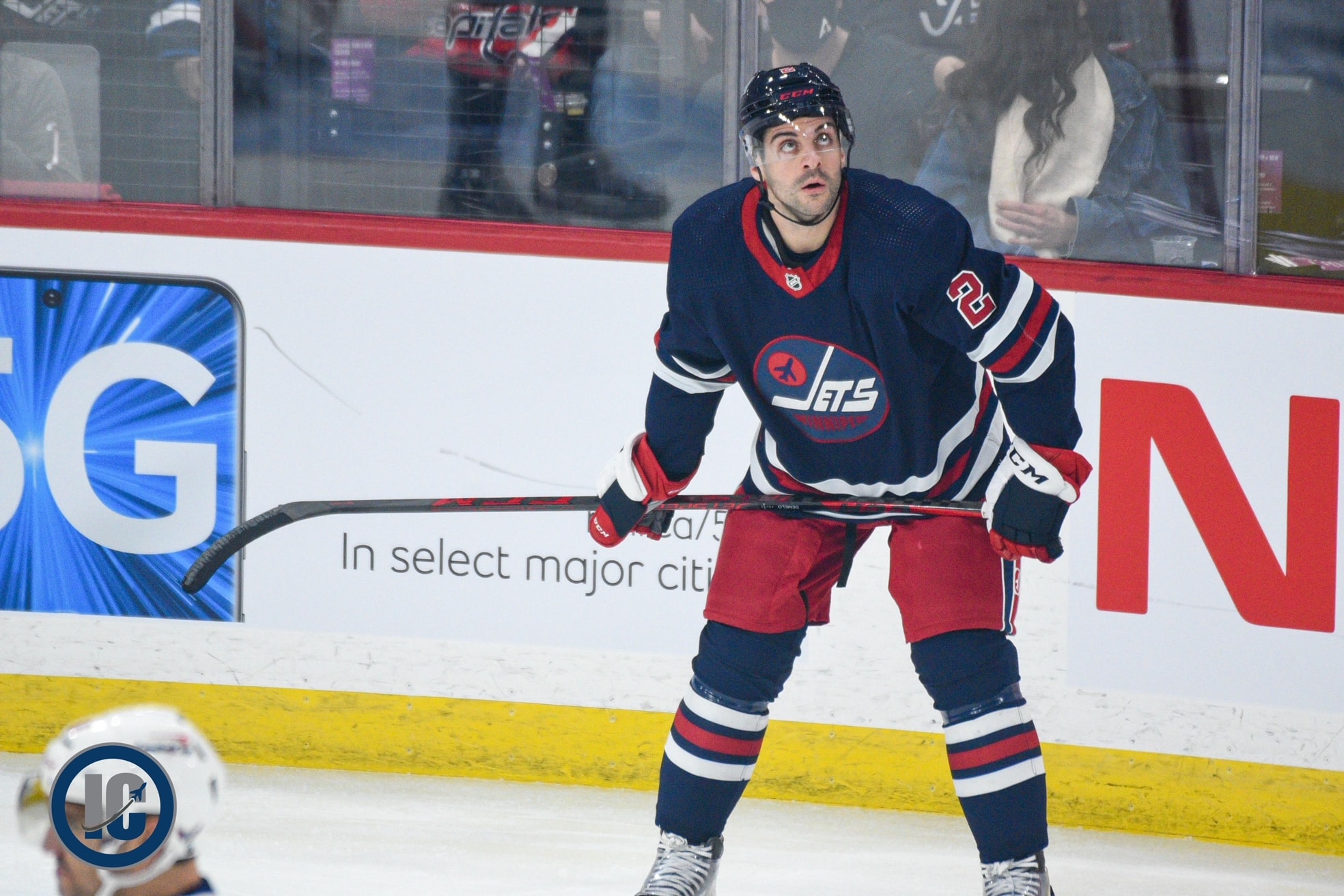 It was looking like the 2017 2nd rounder has found himself a spot in the lineup but after playing six straight games for the Jets. He wasn’t on the ice for practice on the 26th. Following skate on Wednesday interim coach Dave Lowry advised that the Minnesota product was out “week-to-week”.  He was moved to IR on the 27th of January.

Just an hour before the game between the Jets and Panthers on Tuesday the team announced that he had been placed into covid protocol. Obviously it meant he wasn’t available for the two home games and he is also not available for tomorrow in St. Louis. As with DeMelo, interim head coach Dave Lowry said today after practice that he was hopeful 44 could play on Tuesday in Philadelphia.

He played last night against the Canucks. He was ruled out of playing on the upcoming two-game road trip by interim head coach Dave Lowry during his media availability today due to a lower-body injury.

And that wraps up the roster health check on the seven who are dealing with an injury or in the case of Josh Morrissey being in covid protocol.