The veteran D man is out with a LBI.

There were a couple of players missing from practice today and while interim head coach Dave Lowry advised during his media availability that Andrew Copp was fine and would be making the road trip he provided an update on defenceman Nathan Beaulieu who also didn’t skate today. 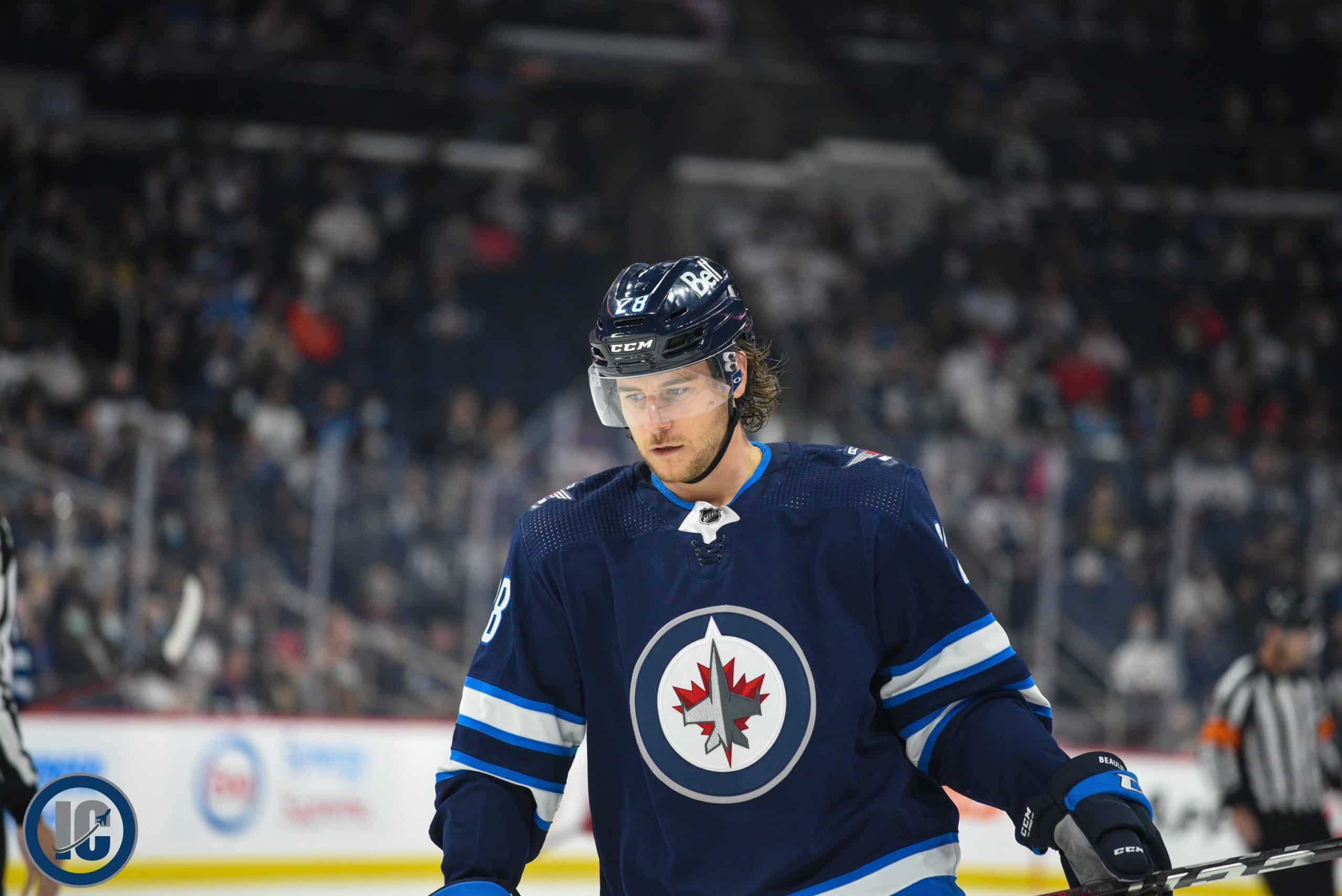 Turns out the veteran blueliner who was playing last night in his 100th game with the Jets organization won’t play on this two-game road trip as he is out with a lower-body injury according to Scott Billeck of the Winnipeg Sun.

Of course with the Jets now having 2017 5th rounder Leon Gawanke and 2018 5th rounder Declan Chisholm on the taxi squad it will prove to be an opportunity for one of these two guys to get into the Winnipeg lineup.

Seems more likely it will be Chisholm since Beaulieu was on the left side when he was injured.  As per Mike McIntyre of the Winnipeg Free Press they paired up as follows at practice:

With no morning skate ahead of the 2 PM game against the Blues it will make for an interesting warm up skate at 1:30 PM in St. Louis. Stay tuned as we will have that covered.