Rick Ralph spoke with Slava Malamud, who writes for Sport-Express a Russian sports daily and is a contributor for NHL.com. They covered the KHL and discussed Alexander Burmistrov.

Rick Ralph, Host of the TSN 1290 Rona Round Table, spoke with Slava Malamud, a journalist who works for the Russian sports daily Sport-Express, and also is a contributor for NHL.com.

They primarily discussed the KHL, but also included a bit about Winnipeg Jets RFA Alexander Burmistrov. 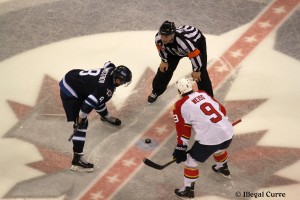 The discussion regarding Burmistrov commences at the 10:10 mark of the interview and finishes at the 11:14 mark.

Not surprisingly, it appears that Burmistrov’s former team, Kazan Ak-Bars would welcome him back to the team.  Slava Malamud regarded Burmistrov as the 2nd biggest free agent (behind RFA goalie Sergei Bobrovsky of the Columbus Blue Jackets).