Niku gets the call. 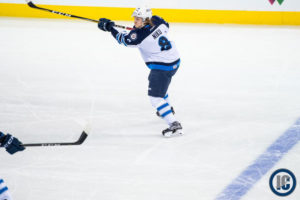 He has hands down been the Moose best defenceman this season and has set rookie records on the team for scoring.  He is tied for the lead among all AHL defencemen in scoring.  And now he is getting the call up to the big club as the Jets have announced they have recalled him from the Moose.  In 71 games with the Moose he has 15 goals and 37 assists.

Suspect this is similar to when the team recalled Jack Roslovic and Eric Comrie last season to give them their first taste of NHL action.