With Maenalanen out the Jets have no extra forwards so they made a recall from the Moose.

The Jets were down to 21 players with injuries to Logan Stanley and Saku Maenalanen which left them with 12 healthy forwards and seven healthy defencemen, although at this point of the season healthy is a relative term. The only extra on the roster was defneceman Kyle Capobianco.

The Moose are traveling from Abbotsford to Calgary today where they are set to face the Wranglers for the first time ever in Alberta but they will be doing it without Kevin Stenlund who it was just announced has been recalled (on an emergency basis) to the Jets. 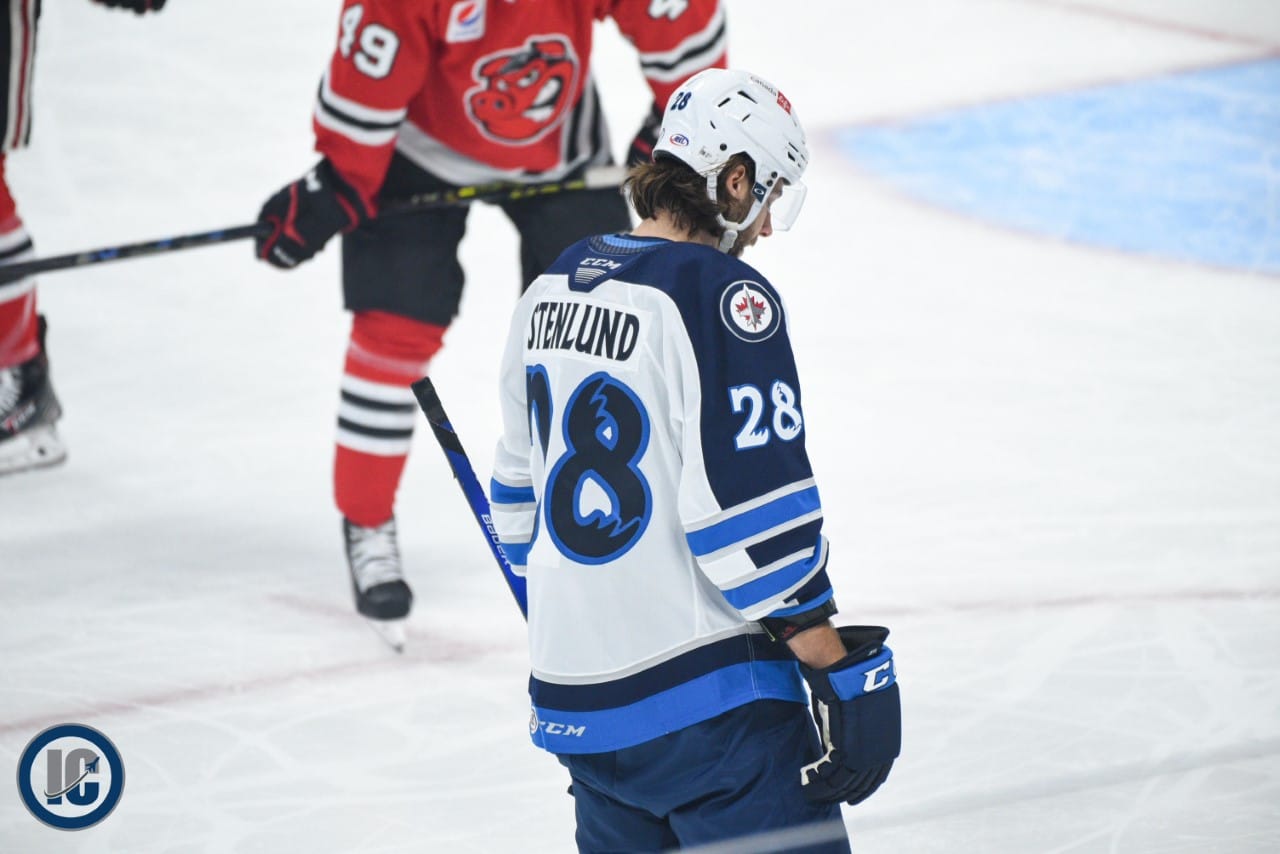 In 19 games with Manitoba he has four goals and 10 assists. He has 71 NHL games under his belt with the Blue Jackets scoring 11 goals and adding nine assists.

The Jets announced that they have placed Logan Stanley and Saku Mäenalanen which means they won’t be available until next week.