Tanev back up to the big club. 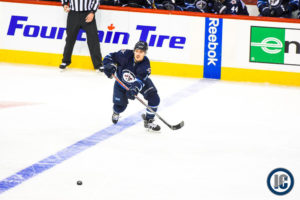 When Drew Stafford was re-activated to the Jets roster the team sent Brandon Tanev down to the Moose back on February 7th.  He played in four games for the Moose but appears to have been recalled to the big club with the injuries to Andrew Copp and Tobias Enstrom according to play by play voice of the Manitoba Moose Mitch Peacock.

He has played ten games with Manitoba scoring one goal and adding four assists.