Note:  The Jets cancelled their scheduled practice in Montreal yesterday after a very heavy game against the Penguins on Thursday.  With puck drop at 1 pm we will have to wait until closer to game time to know if there will be any changes to the lineup for the Jets.  The team did recall Brandon Tanev from the Moose.   Update:  A look at the Game 61 projected lines and pre-game chat with Coach Maurice.  Click here.

NHL.com:  NHL Trade Buzz.  Mathieu Perreault is the subject of the second part of this article.

Winnipeg Free Press:  Every point crucial for Jets on Eastern swing.  (Paywall).  Missed this one from Jeff on the importance of adding to that points bank while out East. 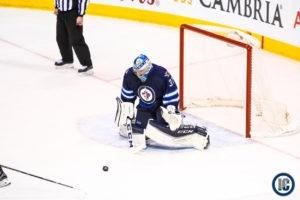 Winnipeg Sun:  Headshot worthy of discipline.  Ted was in Pittsburgh and offers up his take in the incident and why he felt the NHL didn’t make the right call.

Winnipeg Sun:  NHL won’t discipline Malkin.  Paul chimes in to offer a local perspective on the hit that had Jets fans up in arms.

Winnipeg Free Press:  Leafs’ superiority gets lost in Laine vs. Matthews debate.  (Paywall).   Paul gives his thoughts on the debate that seems to be ranging all season long about the Calder with a deeper look at these two organization.

NBC Sports:  No hearing scheduled for Malkin following Wheeler hit.  Looked like he hit Wheeler in the head with his shoulder and left his feet to do so.  Would seem like that merits a call at the least.  Doesn’t set a good example in my opinion.

TSN 1290 Winnipeg:  Jets showed resolve to fight through first period in Pittsburgh.  Paul Edmonds joins Hustler & Lawless to review the Winnipeg Jets game in Pittsburgh that saw Sidney Crosby get his 1000th point. Edmonds says the Jets got star-struck in the first period, but returned to force an exciting overtime.

TSN 1290 Winnipeg:  A lot of Wheeler’s head hit by Malkin.  Former NHL referee Kerry Fraser joins Hustler & Lawless to review Evgeni Malkin’s hit on Blake Wheeler Thursday night, and shares his thoughts on the suspensions being handed out so far in the season.