The Jets make the paper transaction to make Shaw eligible for the AHL this season. 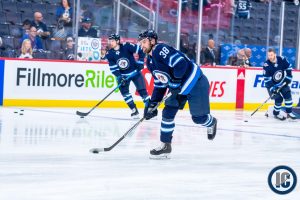 The Jets didn’t make any trades today on Trade Deadline day but in order for a player to be able to be eligible to play in the AHL for the remainder of the season he had to be on an AHL roster by 3 PM EST.

During his media availability GM Kevin Cheveldayoff indicated that the team would make veteran forward Logan Shaw available to the Moose by reassigning him.  It is simply a paper transaction however as the team is still short forwards with Mathieu Perreault and Adam Lowry out of the lineup.

In 34 games for the Jets this season he has two goals and two assists.